Vietnamese agriculture - from BTA to TPP
Vietnam's joining in a series of bilateral and multilateral trade agreements, including the BTA, WTO, EVFTA and TPP, has opened up great opportunities for the entire economy to integrate deeper into the world, particularly the agricultural sector - a pillar of the Vietnamese economy.
Go Back 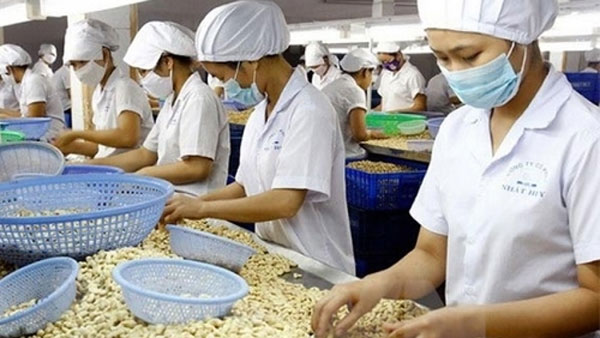 The year 2015 marked the 15th anniversary since Vietnam and the US signed the Vietnam-US Bilateral Trade Agreement (BTA) in July 2000. After that, Vietnam joined the World Trade Organisation (WTO) in November 2006 and signed a string of free trade agreements (FTA) with other regional trade partners including the Trans-Pacific Partnership Agreement (TPP) and EU-Vietnam Free Trade Agreement (EUFTA) among others.

In the process of international economic integration, BTA is always seen as the gateway that Vietnam’s economy with the agricultural sector as a pillar has to pass. After many years of talks and negotiations, the Vietnam-US BTA was officially signed on July 13, 2000 which helped to normalise the bilateral political and economic relations between Vietnam and the US. Since that historical pact, Vietnam’s economy, particularly the agricultural sector, has flourished.

The Vietnam-US BTA created an important premise for Vietnam to join the WTO six years later in 2006 to become the 150th member of this giant trade organisation.

In the first year joining the WTO (2007), Vietnam’s total import-export revenue increased by 31.3% compared to 2006. The agricultural sector witnessed significant progress in 2007 with the total export revenue of farm produce, forestry and fishery products hitting US$10.5 billion, an increase of 20% over 2006. Five agricultural products – aquatic products, wood and wood products, coffee, rice and rubber – recorded an export value of US$1-3 billion each. In addition, a total of 42 countries and territories have invested in agriculture and rural development in Vietnam.

Dr. Dang Kim Son, an economic expert on agriculture policy said when Vietnam joined the WTO, many people questioned that how Vietnam’s agriculture would react. The same questions were raised when Vietnam signed the TPP and other FTA. The fact has shown that Vietnamese agricultural sector has become a vibrant export sector with tens of billions of US dollar worth of annual export revenue and consecutive trade surplus year after year.

The Vietnam’s commitments in FTA have created long-term and deep impacts on the institutions, development path and economic policy of Vietnam including the agricultural sector.

Former chief negotiator of the Vietnam-US BTA Nguyen Dinh Luong said that the integration into free trade blocs in the region and the world forced Vietnam to build a market economy to connect with the world economy and to build a strong business community. The economic globalisation is also a race between transnational corporations with many of them running giant projects in Vietnam.

It can be said that Vietnamese agricultural enterprises have seen spectacular changes after the signing of BTA, WTO and TPP. In recent years, there has been good sign that many large Vietnamese enterprises have turned back to agriculture who had previously invested in ‘hot’ areas such as securities, real estate and mining.

However, it must be noted that agriculture is one of Vietnam’s weaknesses in the integration process. Despite this, agriculture is a pillar of the economy, and there are about 35,000 enterprises operating in this field, accounting for only 1.01% of the total number of enterprises in Vietnam. Notably, a majority of them are small and micro enterprises with 65% of them having a total capital of less than VND5 billion (US$220,000), making it difficult to compete with foreign enterprises.

In addition, the Vietnamese agricultural sector mainly includes household production with poor technology which makes the country face many difficulties amid the opening of the economy, particularly in the areas of livestock and high technology agriculture.

Luong said since the first round of negotiations on the BTA began in September 1996, he and his negotiation team tried to collect all information and documents related to the US to better understand the country in all fields including history, culture, people, legal system, and the market among others.

Reviewing Vietnam’s accession to the WTO in 2006, former Ministry of Trade Truong Dinh Tuyen said that for years he and his negotiation team had held hundreds of working sessions and discussions with the WTO and its partners, which helped them fully penetrate difficulties and obstacles facing Vietnam, as well as the country’s disadvantages in comparison with other nations who became WTO members before 1995. However, Vietnam had no other way but to sit at the negotiating table and addressed every issue rather than concerning about its goals and the time of its accession to the organisation.

From these valuable lessons, it can be said that from the BTA and two TPPs to the EVFTA, Vietnamese negotiators have made big strides in utilising their skills to bring about practical benefits for the country’s economy in general and the agricultural sector in particular.

Under the TPP, for instance, in addition to agreements encouraging other countries to open their doors to Vietnamese agricultural products, Vietnam also pledges to open its door to agro-forestry-fisheries products of 11 other TPP partners.

For advantageous products like pork and chicken, Vietnam had worked out a roadmap of reducing imported taxes to zero in the upcoming seven, 10 or 12 years, which means that the livestock have enough time to restructuring and raise their competition against imported products from other member countries.

Similarly, major agricultural products such as coffee, pepper, cashew, and seafood also enjoy different benefits brought from commitments of other member countries in the trade bloc.

The successes were gained from the expertise of the negotiators as well as from experiences they have learnt over the past dozens of years.

After 15 years of integrating into international free trade agreements, from the BTA to the TPP, Vietnam’s economy and its agricultural sector in particular has progressed great leaps. From a closed and passive agriculture-based economy, Vietnam has been gradually changing, adapting and deeply and widely integrating into the world to become a strong agricultural exporter. It is such a noteworthy fact.