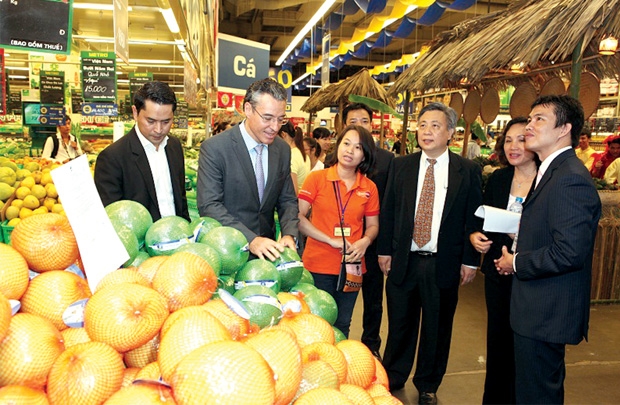 The Vietnam-South Korea FTA took effect last December and it was hoped to bring great opportunities to Vietnamese businesses to boost exports to South Korea. Vietnam also puts high hopes on TPP, which, once taking effect, would help Vietnamese products penetrate large markets such as Japan, the US, Canada and Australia.

However, analysts commented that even with FTAs, Vietnamese businesses would still have to struggle to bring their products to the world market.

South Korean products have been flooding the Vietnamese market, partially thanks to the South Korean expanding retail network in Vietnam. Lotte Mart and E-Mart both have been expanding in the market.

In 2014, South Korea was recognized as Vietnam’s third trade partner, after China and the US, while Vietnam was among South Korea’s 10 largest export markets.

This is reflected in the sharp growth in the imports from South Korea. In 2014, Vietnam imported $21.7 billion worth of products from the market, while in 2015, it imported $27.9 billion.

Though Vietnam’s exports to South Korea have increased, this is not enough to make a breakthrough.

He said Lotte has been making efforts to organize trade promotion campaigns to introduce Vietnamese products in South Korea.

A wide range of Vietnamese goods has been displayed at Lotte Mart in South Korea, but the goods just account for 5 percent of total goods in the chain.

However, the two sides could reach agreements on only some issues, including pricing.

According to Trang, once FTAs are implemented, tariffs will no longer be barriers. It is the price, design and quality which will decide whether Vietnamese products can penetrate foreign markets.