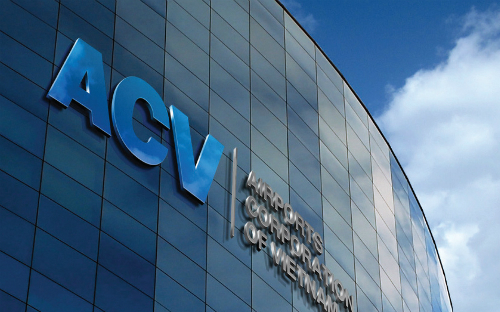 Vietcombank on July 1 quoted the dong/yen exchange rate at VND217 per yen. Six months ago, the figure was VND187. The Japanese yen has increased by 16 percent against the dong. This is bad news for many enterprises that borrow in yen.

The Pha Lai Thermopower Company is a typical example of Vietnamese enterprises whose business results heavily depend on the yen value. In the first quarter of 2016, it incurred a loss of VND156 billion, while it made a profit of VND57 billion in the same period of the last year. This was attributed to the dong/yen exchange rate fluctuation.

Pha Lai had had debt of 22.6 billion by the end of March. With the debt, according to the Saigon Securities Incorporated (SSI), the company would lose VND48 billion for every one percent of the yen appreciation.

The Airports Corporation of Vietnam (ACV), as a big borrower of the Japanese ODA (official development assistance), has also suffered heavily from the yen appreciation. By the end of 2015, ACV had borrowed 70.6 billion yen, which included the 19 billion yen ODA loan with interest rate of 1.6 percent to build a terminal of Tan Son Nhat International Airport.

ACV also received a preferential loan with interest rate of below 0.5 percent used to build the international terminal (T2) of the Noi Bai International Airport.

Though ODA loans all are long-term with low interest rates, Vietnamese borrowers have incurred the loss of trillions of dong because of the yen price fluctuation.

It is estimated that ACV would incur a loss of VND150 billion for every 1 percent of the yen appreciation. As such, with the price increase of 16 percent, the figure could be up to VND2.1 trillion.

In 2015, ACV incurred a loss of VND666 billion from the exchange rate fluctuations.

Not only yen borrowers, but the Vietnamese enterprises which have trade with Japan, also are suffering because of the yen appreciation.

Hoa Sen Group, which has to spend big money every year to import materials from Japan, is an example. Japanese multi-national conglomerates which operate in Vietnam, such as Canon, Toyota and Honda, also bear the influences.

FPT every year exports $100 million from the export of outsourced software products to Japan. Therefore, for every one percent of yen appreciation, it can earn $1 million more.