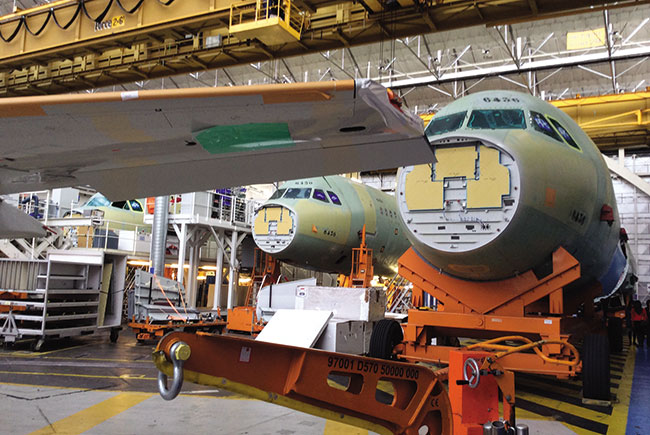 AESC, founded in 2008 and headquartered in Quang Minh Industrial Zone in Hanoi, is 100 per cent Vietnamese-owned.

CAAV’s director Lai Xuan Thanh said that AESC was more than sufficiently capable and that if a Vietnamese company were to become partner to Airbus, it would contribute to the development of the Vietnamese air transport industry.

AESC is a certificated Part 145 repair station certificated by the European Aviation Safety Agency and the Federal Aviation Administration.

“AESC started with maintaining aircraft wheels and brakes. Now it provides a wide range of services and operates in many countries and territories. AESC also provides a complete solution for aircraft interiors from design to manufacturing,” said Tran Hai Dang, AESC’s CEO.

AESC wanted to cooperate with Airbus to produce aircraft wiring harness installed in the most-used aircraft model in Vietnam, the A320/A321. Thanh said that this would fit Airbus’s plan in finding a partner to establish a production facility in Vietnam.

Specifically, Enders said Airbus was considering establishing a production facility in Vietnam. This facility is going to be the only Southeast Asian facility specialising in producing the wiring harness used in the most popular Airbus model, the A320.

He said Airbus would love to co-operate with related Vietnamese government agencies to make an appropriate business plan for the facility. Airbus was also ready to transfer to Vietnam the technology that produces composite spare parts for the A330 and A350 XWB models.