Vietnamese consumers remain optimistic despite cautious spending: survey
Consumer confidence in Vietnam saw an increase in the third quarter, keeping it among the 10 most optimistic markets globally, a new survey found.
Go Back 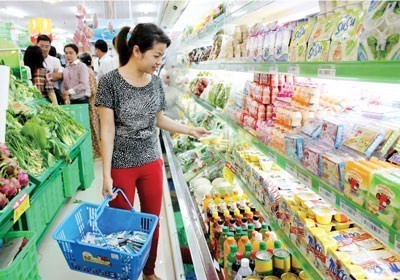 Consumer confidence in Vietnam saw an increase in the third quarter, keeping it among the 10 most optimistic markets globally, a new survey found.

The increase, albeit small, came when confidence across a number of Southeast Asia markets took a dip, according to the latest Consumer Confidence Index released by Nielsen.

Overall in Southeast Asia, the focus on building financial security for the future remains prominent.

When it comes to savings, consumers in Vietnam had the highest ratio globally with 78 percent, followed by Indonesia, 74 percent, and the Philippines, 67 percent.

“Consumers in the Southeast Asian region are certainly consistent in their desire to build a nest egg for the future, and quarter after quarter we observe this trend,” said Regan Leggett, Nielsen Client Service Director in Southeast Asia, North Asia and Pacific.

“Only after setting aside money in savings or investments do they open their wallets for discretionary spending on holidays, new clothes, home improvements, technology and out of home entertainment.”

More than eight out of ten Vietnamese consumers have adjusted their spending habits over the past 12 months to save household expenses.

The current state of the economy and health are the top concerns of Vietnamese consumers over the next six months, according to the report.