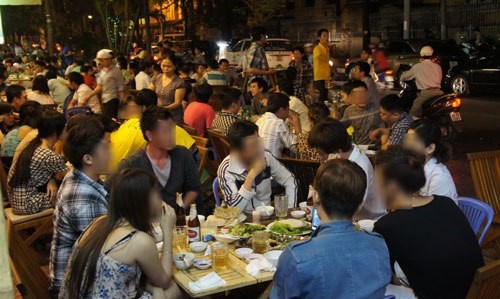 Production was up 5.8 percent over last year, VnExpress quoted a ministry report as saying, while per capita consumption in the country of 90 million has been 11.1 liters in four months.

But breweries’ profits fell as special consumption tax increased from 50 percent to 55 percent this year. It will continue to increase to 65 percent by 2018.

Vietnam is among the leading countries in beer consumption a glass of beer is often available for a mere 50 US cents.

In related news, the Vietnam Association of Financial Investors has recommended that the government should sell its stakes in Sabeco and Hanoi Beer and Beverage Company (Habeco) totally worth around US$3 billion at current prices.

In 2014 Thai Beverage, owned by billionaire Charoen Sirivadhanabhakdi, offered to buy the stocks of Sabeco from the government for $2 billion.

Denmark’s Carlsberg Breweries owns 17.23 percent of Habeco and is seeking to raise its stakes to more than 30 percent in the Hanoi-based brewer.

Sabeco has a 46 percent beer market share and Habeco, 17.3 percent.