Vietnamese exports to face stiff competition
Viet Nam's exports, especially agro-forestry and fisheries, will face difficulties in 2016 if the country does not drastically restructure the industry, Tran Tuan Anh, deputy minister of Industry and Trade said.
Go Back 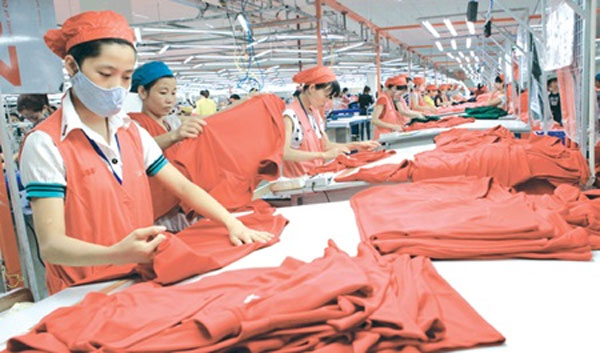 Even key staple export products such as textiles and garments would also face fierce competition.

Tuan Anh told media yesterday (Dec 21) in Ha Noi that in 2015, the sector has striven to maintain its productivity and exports. However, the export markets have seen difficulties, affecting the export turnover of products.

In addition, there was an abundant supply of the agro-forestry and fishery products in other countries. Vietnamese goods, therefore, had to face fierce competition from similar products from Thailand and India.

Moreover, several countries devalued their local currencies to promote their exports together with strengthening protection for the products, affecting Vietnamese goods.

“It can be seen that these factors require a strict restructure for the domestic sector to improve its competitiveness,” he said.

He added that Vietnamese businesses should invest more in processing technologies than quantity to produce high value goods.

He said 2016 could see further difficulties and challenges due to the slow recovery of the world economy and fierce competition. In addition, the monetary and oil markets could also have a negative effect on the country’s economic growth.

However, there could be favourable conditions for Viet Nam thanks to the establishment of the ASEAN Economic Community (AEC) and signings of several free trade agreements which were expected to bring new opportunities for local exports.

The National Assembly approved the socio-economic development plan for 2016 with an increase in the total export turnover by 10 per cent in comparison with 2015 and trade deficit lower than 5 per cent.

The ministry would continue to co-operate with other ministries and localities to unravel the difficulties faced by businesses.

In addition, it would increase information on FTAs and market forecasts to help enterprises to take advantage and expand their exports.

“I believe that the export target of $300 billion by the year of 2020 would be reached if we implement the mentioned issues,” he said.

The country’s trade deficit in the first 11 months of the year was reduced to $2.87 billion thanks to the trade surplus of $236 million in November.

Statistics from the General Department of Customs showed that total import turnover last month was lower by 1.3 per cent to $13.6 billion while the export turnover was $13.9 billion, reducing 2.9 per cent over the previous month.

November was the second consecutive month in which Viet Nam saw a trade surplus.

The department said that in the January to November period, Viet Nam earned $148.2 billion from exports, posting 7.9 per cent year-on-year rise. It imported $151.1 billion in the 11-month period.

“This was a low figure in comparison to the set target of five per cent by the National Assembly,” he said, adding that Viet Nam has implemented the market forecast and tightening control.

However, another report from the General Statistics Office in November showed that the country’s total import-export turnover for the whole year of 2015 could not reach the growth rate target of 10 per cent increase over the previous year. The office said the main reason was due to decreasing prices of crude oil and agricultural products.

The deputy minister added that the signing of several FTAs and TPP as well as AEC has been a vital trend for Viet Nam as the economy has been towards exports, and increasing competitiveness in big markets.

One of the most effective measures to curb trade deficit sustainably was to promote exports.

In 2015, the ministry completed and submitted the import management project by 2020 to Prime Minister Nguyen Tan Dung. The project is suited to WTO’s commitments and pays attention to building and using effective technical measures, food hygiene to limit imports and protecting consumers.