Vietnamese firms seek global reach
Amid a steady rise of foreign direct investment into Vietnam, domestic companies have also been making endeavours to expand their overseas presence.
Go Back 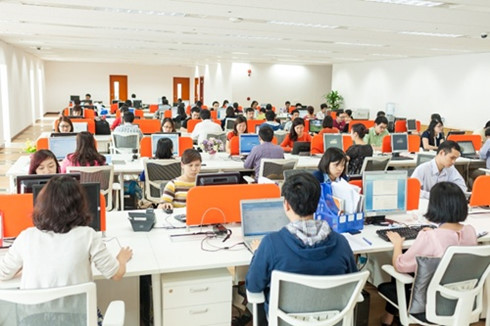 Though detailed plans have yet to be released, local private technology giant FPT is likely to open a new representative office in the south of Japan this month, expanding its footprint in the country.

As of now, with three offices employing 588 staff, FPT is the largest Vietnamese technology firm present in Japan. The company’s total revenue in the Japanese market jumped 53% on-year in this year’s first seven months, touching VND1.5 trillion (US$68.6 million).

This overseas focus isn’t only confined to Japan. After 17 years of pursuing an overseas strategy, FPT now has a presence in 19 countries.

A raft of local firms have taken similar strides in reaching out to global markets. Late this June, private diversified group Hoang Anh Gia Lai brought into operation its first phase, US$440-million mixed use property development in Yangon, the largest city in Myanmar.

At the complex’s launch ceremony, the group’s chairman Doan Nguyen Duc said that the lease operation of the complex has been effective, with the office tower space occupied by diverse global petroleum players from Malaysia, Thailand, and China, at a lease rate averaging US$62 per square meter. The complex’s second-phase investment is currently in the development pipeline.

The Hoang Anh Gia Lai Group leader also said they would reserve tens of thousands of square metres at the complex, to serve Vietnamese businesses setting up shop in Yangon.

Hoang Anh Gia Lai isn’t the only Vietnamese company targeting Myanmar as a key foreign market for their operation. Local telecom giant Viettel has planned a US$1.5 billion investment in the country, after counting successes in foreign markets such as Laos, Cambodia, and Mozambique. In partnership with a local firm, Viettel will obtain the fourth and final license on operating telecommunications services in Myanmar.

After more than a decade of strategic moves in Cambodia, in late May, Vietnam’s largest dairy maker Vinamilk put the US$23-million Angkor dairy plant into operation. The plant is the first dedicated dairy plant in the country of 15 million-plus people.

Also in late May, privately-owned milk producer TH Group kicked off the construction of its US$2.7 billion dairy farming and milk processing complex in Russia, with US$500 million earmarked for first-phase investment.

The Ministry of Planning and Investment’s Foreign Investment Agency’s (FIA) recent figures show that as of August 15, 2016, as many as 1,125 projects of local businesses were given outbound investment certificates-with the total committed value of US$20.38 billion. So far this year alone, 71 new projects and 35 existing projects asking for supplemental capital have received outbound investment certificates valued at US$705.8 million in the total committed capital.

From July 2014, the month the amended Law on Investment came into force, until present, FIA has granted and amended outbound investment certificates for 190 projects with the total committed investment capital of US$933 million.

In June of this year, the State Bank of Vietnam enacted Circular No.10/2016/TT-NHNN, guiding governmental Decree No.135/2015/ND-CP, which regulates outbound portfolio investments. The decree took effect from August 13, 2016. These legal documents are intended to stimulate Vietnamese firms’ outbound investments, through both direct and indirect channels.