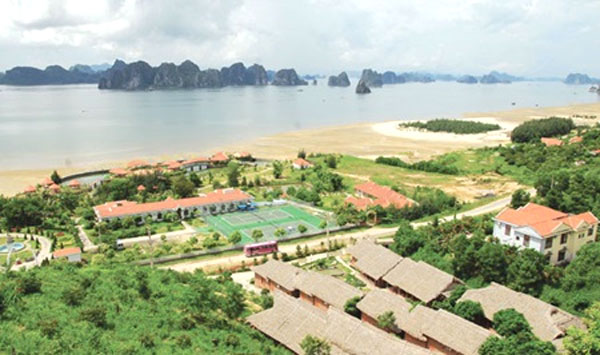 Van Don Island District in Quang Ninh Province has become a favorite destination for those who love adventure and ecological tourism. Van Don Economic Zone (EZ) is one of eight coastal EZs selected as priorities for allocation from the government budget from 2016 to 2020 – Photo: VNA/VNS

Accordingly, at least 70 percent of the total government budget for coastal EZs in the next five years would be poured into these coastal EZs, focussing on developing the infrastructure system.

In the next two years, the State fund aimed to complete the technical and social infrastructure for five coastal EZs already prioritised in 2013-15 period. Then the focus would be shifted to Nam Phu Yen, Van Don, and Dinh An EZs which were newly added to the prioritised list of the 2016-2020 period.

The Ministry of Planning and Investment would join the Ministry of Finance in mapping out the budget allocation plans as well as the policies and incentives for raising capitals from other economic sectors.

The Prime Minister also required the provincial People’s Committees and EZs’ management boards to be active in raising funds outside the State budget to invest in the development coastal EZs’ infrastructure.

According to the Management Board of Nghi Son EZ, priority in receiving State funds, in addition to local budgets, would create favourable conditions for the provinces to develop the EZs with synchronous infrastructure system and competitiveness to meet the demand of investors.

Since Chu Lai EZ, the first coastal EZ was founded in June 2003, Viet Nam has developed 15 coastal EZs so far with a total land and water areas of more than 697,000 ha along the country’s 3,260 kilometre long coastline.

Statistics of the National Steering Committee for economic zones and industrial parks showed that as of the end of 2014, coastal EZs attracted more than 240 foreign-invested projects with a total registered capital of US$37 billion, 36 per cent of which were disbursed, in addition to another 770 domestic projects, worth VND541.8 trillion ($24.19 billion) with a disbursement rate of 30 per cent.

Under the plan of developing coastal EZs, contributions of around 15 per cent to 20 per cent to the country’s gross domestic product (GDP) were expected by 2020 as well as the creation of between 1.3 million to 1.5 million non-agricultural jobs.

Coastal EZs were identified as the core in developing coastal economic centres to create impetus for the regional economic development.

Vietnam was determined to become a strong and rich sea-based nation by 2020 with a marine strategy which set goals that the marine economy would account for 53 per cent to 55 per cent of the country’s GDP by 2020.