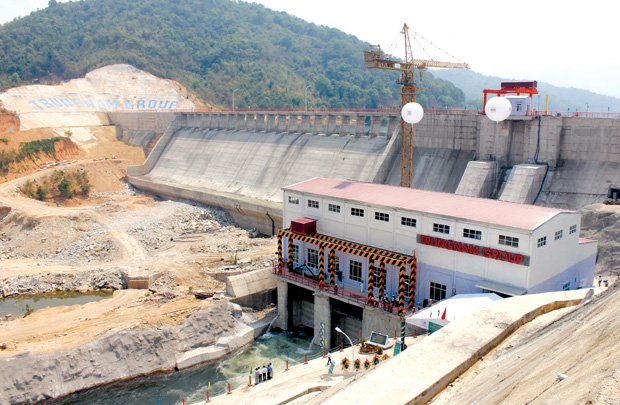 The Vietnam Rubber Group (VRG) has announced it is looking for investors to buy its 111 million shares in five hydropower companies. The starting selling price is VND1.414 trillion.

Two of three shortlisted investors are the well-known names in the market. These include Gia Lai Power JSC belonging to Thanh Thanh Cong Group (TTC) owned by Dang Van Thanh, a well-known banker and businessman, and REE, which is among the 30 listed companies with the highest capitalization value.

Both TTC and REE have experience in the power sector. TTC, known as a sugar producer, besides 19 hydropower plants, also runs seven thermopower plants with the total capacity of 350 MW, which use bagasse.

In an interview with Doanh Nhan Sai Gon last year, REE’s president Nguyen Thi Mai Thanh said power projects are projects REE is interested in. Since the Vietnam economy has been growing well, the demand for water and electricity is always high.

The enterprise’s 2015 financial report showed that REE holds 60 percent of stake in Thac Ba Hydropower JSC which runs the 120 MW hydropower plant, one of the 40 largest plants in Vietnam.

By the end of 2015, REE had invested VND3.509 trillion in electricity projects, accounting for 71 percent of its investment portfolio.

Many other private investors have jumped on the bandwagon. These include Bitexco , Hung Loc Phat and Hoang Anh Gia Lai, the real estate developers, Hung Hai Group, which owns 20 hydropower plants with the total capacity of 550 MW, and Trung Nam Group which develops a VND3.965 trillion wind power plant in Ninh Thuan province and hydropower projects in other provinces.

Hung Loc Phat said it was considering buying two hydropower plants in Laos from Hoang Anh Gia Lai, which may sell the plants because of financial problems.