Home » Press » Vietnamese make shoes to export, not to wear

Vietnamese make shoes to export, not to wear
Vietnam is a big footwear exporter, but many Vietnamese do not wear domestically made shoes.
Go Back 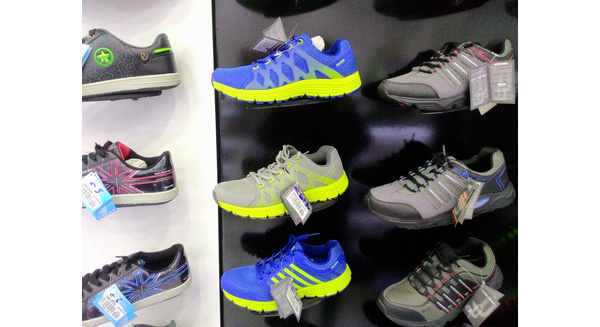 The footwear shops on Nguyen Trai street in district 1, HCMC were crowded last May holiday: Saigonese flocked to the shops to buy shoes under the ‘buy 1 and get 1 free’ sale promotion program.

However, these shops only sell foreign made shoes bearing Clarks, Dr.Martens and Converse brands, not Vietnamese shoes.

According to the Vietnam Leather, Footwear and Handbag Association (Lefaso), imports account for 60 percent of the domestic market share.

Why is the Vietnamese footwear industry, with 800 enterprises which churn out 1,172 million pairs of products, the third largest exporter in the world in 2015, just after China and Italy, unable to satisfy the Vietnamese requirements?

The answer to the question can be found in the list of nominated product items for the Vietnamese High-quality Products title.

The number of enterprises eligible for the title is so modest that they can be ‘counted on one’s fingers’, namely Biti’s, Thuong Dinh, Hong Thanh, Asia private enterprise, Vina Giay, Bita’s, Long Thanh and BQ Production & Trade.

Meanwhile, not all the enterprises which obtain the title can conquer consumers’ hearts.

Biti’s is a typical example. Once holding a very large domestic market share, its products are no longer favored because of the the lack of diversity of designs.

The same thing is occurring with Vina Giay. The slow changes in designs keep young people away, while Vina Giay shoes are mostly used by middle-aged people who like durable products.

Since there are not many choices, the youth, a large group of consumers, prefer wearing imported products.

Even Thailand, which never had advantages in shoe manufacturing, has also been trying to penetrate the Vietnamese market by displaying products at Thai good trade fairs and exhibitions.

An analyst commented that in the near future, more and more Vietnamese would wear Thai shoes, especially when Thais now control 50 percent of the Vietnamese retail market share.

The analyst noted that Vietnamese shoe manufacturers, who have been aware of the danger, have begun to focus on exploiting the domestic market. It’s better later than never.

Biti’s, for example, has marketed Hunter, a sports shoes brand, to compete with foreign giants like Adidas, Nike and Puma. According to Biti’s, the company has spent $5 million on machines and equipment to make the products.

Tran The Linh, director of Vien Thinh, said the company has spent VND240 billion to build a 40,000 square meter factory which can churn out 3 million pairs of shoes.