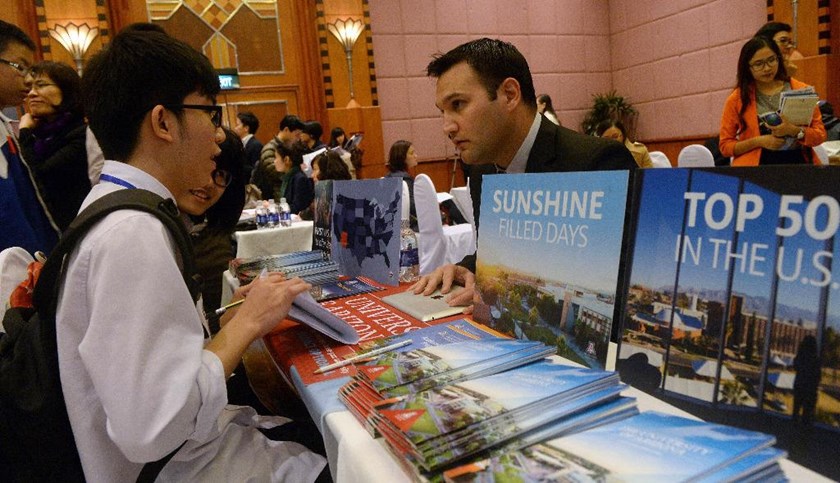 Vietnamese students from local high schools meet with a US college representative during the first US Higher Education Fair in Hanoi on January 30, 2015. Photo: AFP

More than 110,000 students are studying in 47 countries around the world, spending an estimated $3 billion a year, local media reported.

The figures were released by an education and training working group of the Vietnam Business Forum at its year-end session in Hanoi on Tuesday. Each student spends between US$30,000-40,000 on tuition and living expenses.

The group called on the government to ease restrictions for foreign investors in the sector to create more high-quality schools.

Currently, to open an education institution, investors have to apply for three different licenses and they have to repeat the similar applications when they want to open a new branch of their existing institutions, according to the report.

During their operation, investors are also obliged to repeatedly acquire assessments and certifications from different agencies, which costs a lot of money and time, the group said.

Foreign investors pledged a total of US$30 million for education and training projects in Vietnam in the January-November period, down 53.5 percent year on year, according to figures released by the Foreign Investment Agency.