Vietnamese stock market now attractive to foreign investors
Vietnam is emerging as one of the most attractive emerging markets, as reported in many foreign newspapers and financial newswires, after the government of Vietnam lifted the foreign ownership ratio ceiling in unconditional business fields.
Go Back 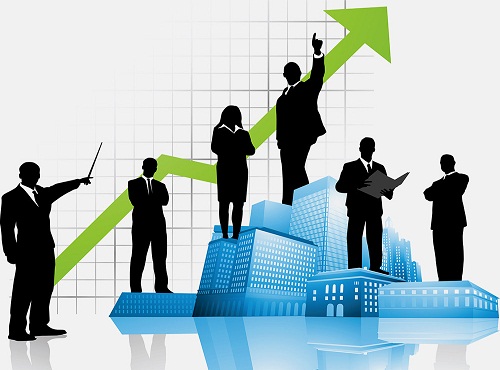 Ed Monk, the investment editor of The Telegraph noted that the Vietnamese stock market, which began in 2000, still have a modest number of domestic investors, but  professional investors are interested in its potential.

He wrote that there are signs showing that this might be the start for a new development period in Vietnam’s economy.

The decision by the government to lift the ceiling of 49 percent for foreign ownership ratio in Vietnamese enterprises in most business fields will pave the way for foreign investors to flock to Vietnam.

Vietnam is still in the MSCI Frontiers Market Index alongside with Bangladesh, Ghana, Ukraine and Jamaica.

However, the new policy on foreign ownership ratio is believed to be a key point that helps Vietnam upgrade from ‘frontier’ market into ‘emerging’.

The Telegraph quoted Ewan Markson-Brown of Pacific Horizon Investment Trust as saying that though Vietnam is 15-20 years behind China in developing the stock market, it may overtake Thailand and Indonesia in the long term.

Meanwhile, British Reuters commented that the Vietnamese stock market is the most attractive market in South East Asia with the VN Index growth rate at 13.4 percent, the sharpest in the region.

The shares of Vietcombank, the company with the largest capitalization value in the market, have increased by 55.2 percent, while another blue-chip, Bao Viet, has increased by 90.63 percent.

Vietnam’s economy has been growing at its fastest rate since 2008. The government of Vietnam hopes Vietnam would become the new world’s factory with the presence of giant technology groups such as Samsung Electronics and Microsoft.

Besides, the Vietnamese stock market also attracts foreign investors because its shares are believed to be the second cheapest in South East Asia, just after Singapore.

Reuters quoted Kevin Snowball, managing director of PXP Asset Management, as saying that foreign investors now find Vietnam’s stocks very cheap, and the new policy on the foreign ownership ratio will cause a breakthrough in the Vietnamese stock market.

The Wall Street Journal commented that the new policy has “fueled a strong rise in the country’s stock markets this month”.

It quoted Louis Nguyen, chief executive and chairman of the Saigon Asset Management, as saying that if the government goes through with plans to lift the foreign ownership cap on stocks like these, it could “transform the local market”.