Vietnamese toy market valued at $5 billion
With the number of children aged 0-14 accounting for 40 percent of the population of 90 million and improved living standards, Vietnam has seen an increase in the world’s famous brands.
Go Back 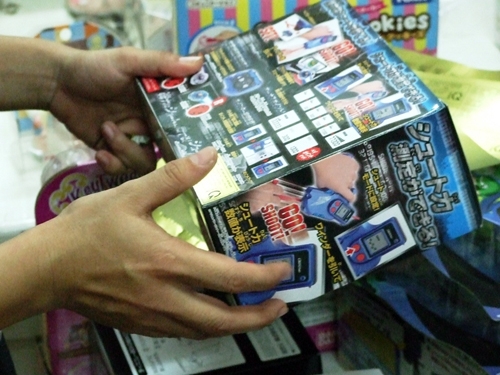 Vietnamese consumers, who tend to be choosier and more aware of the danger of toxic toys, have turned their backs on Chinese products and shifted to buy branded products.

Nguyen Nam Thanh, director of N2T Trade, Service and Investment, commented that the Vietnamese toy market has developed strongly in the last three years thanks to improved living standards.

According to FTA, a market survey firm, parents in two large cities of Hanoi and HCM City spend VND2 million a month on toys for their children.

Thomas Joseph Ngo, CEO of Nkid Group, which distributes products Hot Wheels, Barbie and Fisher Price brands for the US Mattel, also said the business has been going well in the last few years.

He said the strong development of shopping malls and big supermarkets such as Aeon, Lotte, SC Vivocity and VinMart has helped the development of toy shop chains. This is one of the reasons Nkid saw revenue increase by 50 percent per annum.

An analyst said that Vietnamese parents, especially those in urban areas, are willing to pay for foreign made toys, because foreign products are just 20-30 percent more expensive than Chinese products, which are believed to contain toxicity and have low quality.

N2T, which focuses on distributing educational toys and made-in-Vietnam products with Tahuky brand, has begun obtaining growth after six months of facing difficulties.

“Our revenue has been going up and the business result is better as we have won bids to provide toys to two big educational centers,” he said.

After deciding to distribute smart toys imported from Germany, Petrosetco (PSD) thinks that it would have $7.7 million if it holds 2 percent of the market share, because the market of safe and high-quality toys in Vietnam is very small.

Some foreign manufacturers, which can see the great potential of the Vietnamese toy market, have decided to set up factories in Vietnam to make products for domestic consumption. They have been encouraged by the large market, cheap labor costs which are 1/3 of China’s, and low input material prices.

Banco, a branch of Namco Bandai, for example, has set up a factory in Hai Phong which makes products for export to Europe.