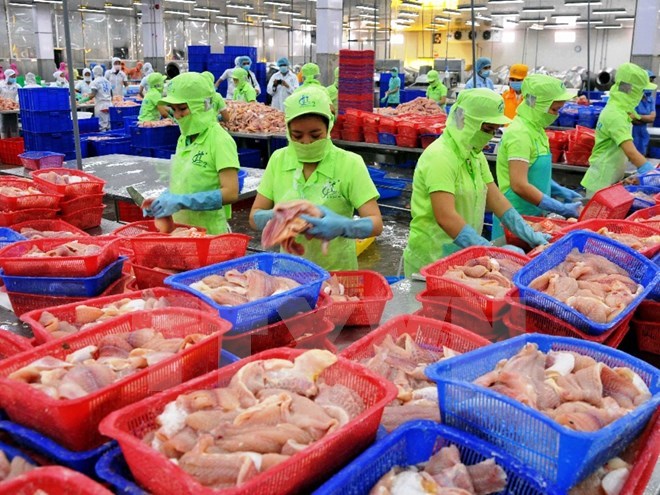 In the first four month of this year, Vietnam shipped 2.06 million tonnes of rice abroad and raked in 916 million USD, up 11.8 percent in volume and 13.8 percent in value.

Meanwhile, cashew nut brought in home 689 million USD from the shipment of 91,000 tonnes, a respective increase of 14.6 percent and 7.1 percent.

The average export price of coffee dropped 18.3 percent year-on-year. However, the export value of coffee in the period rose 18.2 percent to reach 1.16 billion USD due to the fact that the coffee export volume recorded a sharp increase of 44.6 percent to reach 681,000 tonnes.

Germany and the US remain the biggest coffee importers for Vietnam.

The pepper exporters earned 569 million USD from shipping abroad 70,000 tonnes of products, up 28.3 percent in terms of volume but down 14.6 percent in value.

The country also shipped 318,000 tonnes of rubber abroad and earned 376 million USD, up 29 percent in volume and 6.6 percent in value.

In stark contrast, the volume of cassava exports decreased by 8 percent to 1.76 million tonnes, compared to the same period in 2015. As such, its revenue was down 23 percent to 447 million USD.

The value of aquatic exports in the first four month was calculated at nearly 1.97 billion USD, rising 6.3 percent from the same period last year. The US , Japan , China and the Republic of Korea remained Vietnam ’s largest seafood consumption markets, accounting for 51.47 percent of the market share.