Home » Press » Vietnam’s beer market has potential, but not for all

Vietnam’s beer market has potential, but not for all
Vietnam remains one of the few beer markets in the world which is still maintaining high growth. However, not all breweries have succeeded in the market.
Go Back 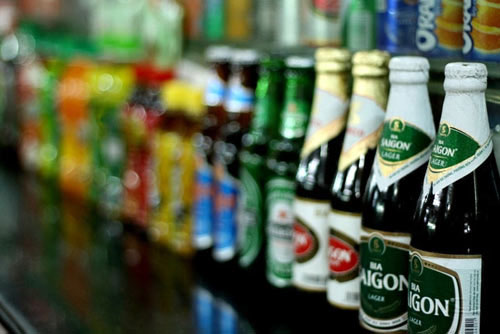 Despite big difficulties because of new policies, a luxury tax and fierce competition, the brewing industry can obtain an annual 5 percent growth rate, according to Vietnam Association of Liquor, Beer and Beverage (VBA) chair Nguyen Van Viet.

“While consumption in other markets has levelled off, the Vietnamese market remains full of potential,” Viet said at a recent workshop on beverages.

Euromonitor also commented that Vietnam is a market with great potential thanks to street food culture and rapid urbanization, predicting that beer consumption in Vietnam would peak in 2016-2021.

The market is so attractive that Thaibev accepted to pay $5 billion to acquire Sabeco, which holds the largest market share.

In 2008, Vietnam ranked eighth in Asia in beer consumption. Eight years later, it ranked third, below Japan and China.

However, Vietnam has become a ‘battlefield’ for brewers.

Vietnam saw ‘beer clubs’ mushrooming in 2015-2016, and now many of them are shutting down. Of big brewers, only Heineken and Sabeco have been prospering, while others have made unsatisfactory profits. Sapporo has reported sales increases, but its expenses for marketing and ads are very high.

Prior to that, a series of big players failed. These include Laser brand of Tan Hiep Phat Group.

The product advertised as ‘the bottled fresh beer present in Vietnam for the first time’ had a selling price higher than Tiger beer and nearly the same as Heineken. Only one year after launching the product and spending $3 million on advertisements, Tan Hiep Phat had to stop production.

Sabmiller once joined forces with Vinamilk to build a 100 million liter per annum brewery in Binh Duong province. However, its product remains unfamiliar to Vietnamese. Meanwhile, Vinamilk left the joint venture after two years of operation.