Vietnam's catfish industry needs makeover
After a hasty start, Viet Nam's tra fish industry should now plan an image makeover to improve the quality of exports and be competitive, for the long term, experts said.
Go Back 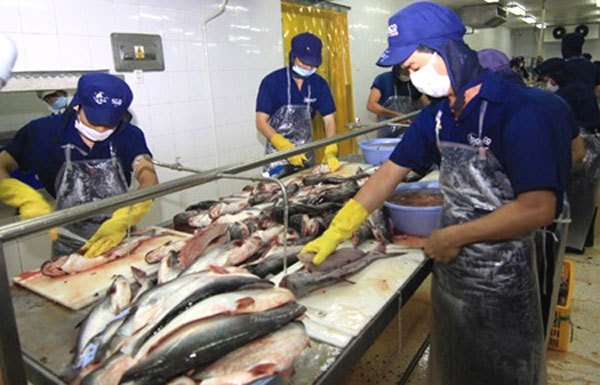 The tra fish industry grew 2 to 3 times in export value every year between 2002 and 2009, but the export value growth was unchanged in 2010 and started dropping from 2011, Le Xuan Thinh, manager of the project on establishing a sustainable pangasius supply chain in Viet Nam (SUPA), said at a seminar on sustainable tra fish development in Viet Nam held by the Viet Nam Association of Seafood Exports and Producers (VASEP) in Ha Noi on Monday.

Meanwhile, farmers have not seen much profit from rearing tra fish and even suffered losses due to the lower selling price in 2010.

The industry faced numerous problems in production, processing and exports of tra fish due to hasty development in the past, which led to unsustainable development of the industry now and could possibly affect the future, Thinh said.

Those problems included the unstable quality of export products, effects on the environment and the society, higher production cost and lack of highly-processed tra fish products.

According to Siegfried Bank, a German expert on policy consulting, the European Union is the biggest importer of tra fish products and Vietnamese tra fish must compete with other kinds of white fish like tilapia. Meanwhile, Viet Nam has been unable to conduct branding activities for Vietnamese tra fish, and that has also affected production and exports.

Experts at the seminar said the local tra fish industry should have sustainable development and build an image of “green” and “delicious” for its products.

The industry has produced 20 new products to meet the demands of the European Union, cut production cost and applied new technology for production and processing of tra fish products.

In addition, the state should initiate policies related to the development of the tra fish industry, increase the quality and diversify its products, Thinh said.

According to Bank, Viet Nam has applied VietGap and environmental standards for production and export of tra fish. That has encouraged European importers to bring in Vietnamese tra fish products, reports Vietnam News Agency.