Vietnam's central bank adds $7 billion to forex reserves: report
The State Bank of Vietnam has shored up its foreign exchange reserves by buying a large amount of dollars this year, according to a new report from major lender BIDV.
Go Back 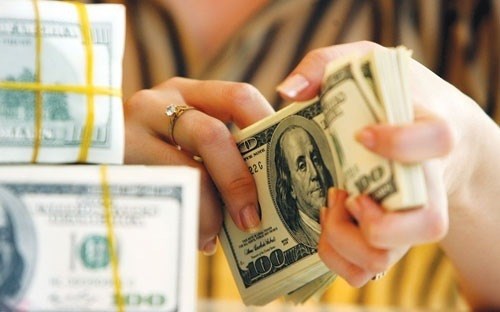 The central bank’s dollar purchases in the first five months reached $7 billion, including $3.2 billion between April and May.

The report also said by selling more local currency into the market the central bank brought dong interest rates down. This came at a time when deposits were also growing faster than loans.

According to the report, loans in the banking system grew 4.3 percent in the first five month. But credit growth could pick up and hit 10 percent in the third quarter, it said.

Many banks on Monday listed the highest dollar/dong rate in more than four months, at around 22,450.

In late March local media cited a source from the central bank as saying that the reserves had reached $40 billion, “the highest level,” with gold also included.