Vietnam’s Consumer Confidence Index hits record high
Vietnam had the world’s second highest score in the consumer confidence index in the third quarter of 2018, according to the latest data of the Conference Board Global Consumer Confidence Survey and Nielsen announced on December 18.
Go Back 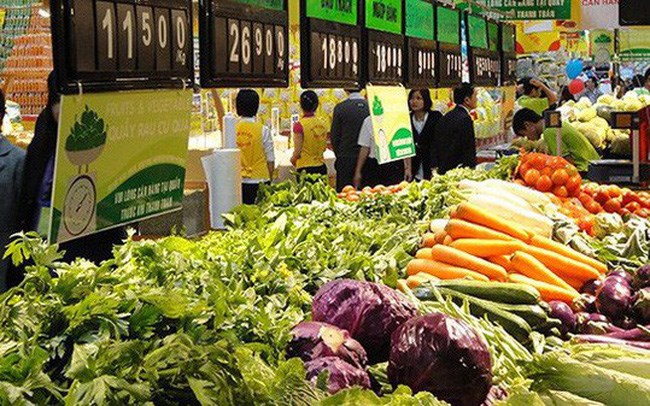 Vietnam had the world’s second highest score in the consumer confidence index in the third quarter of 2018.(Photo: cafef.vn)

The country’s index, at 129 points, showed a 9-point increase over the previous quarter thanks to the growth in confidence in employment prospects and personal finances, and is also the highest in a decade.

Vietnam, together with Malaysia with 127 points, surpassed Indonesia and the Philippines to become among the top three most confident countries globally. At the same time, Malaysia and Thailand are the two countries with the highest growth rate, up 10 percentage points and this is also the dominant growth in the world.

Meanwhile, Indonesia and the Philippines experienced a slight reduction, with 126 points (-1 point), and Singapore retain a growth, reaching 98 points (up 4 points from Q2 2018).

The report showed that the Consumer Confidence Index (CCI) in the Asia Pacific region remained high, rising 2 points from 112 points in the second quarter to 114 in the third quarter 2018.

Managing Director of Nielsen Vietnam Nguyen Huong Quynh said that Vietnam’s CCI in the third quarter was higher than the same period in 2017 (116 points as compared to 129 points).

“The strong growth is a consequence of the confidence of personal finances as well as level of willingness to spend by the Vietnamese. Therefore, manufacturers and retailers need to capture the latest trends in the consumer market and need to act faster to respond to the needs of consumers”, she noted.

Vietnamese consumers continue to be optimistic about their personal finances, with 82 percent saying their personal finances are good or excellent over the next 12 months (up 6 percent as compared to second quarter of 2018). And at the same time, they are ready to spend with 63 percent of consumers certainly saying that the next 12 months is a good time for them to buy things they want (up 8 percent from the previous quarter).

Nielsen said that stable job and good health continue to be top concerns among Vietnamese consumers during July-September. Meanwhile, 27 percent of respondents said that the national economy is their third concern. The following concerns are work/life balance, parents’ welfare, and increasing utility bills.

“When consumers face multiple concerns, their purchasing decisions will be affected accordingly. Thus, businesses must always keep a close track on changes in spending of consumers”, Quynh said.

Regarding spending for the future, Southeast Asian consumers still take the lead, and their intention of savings has not changed in the past two years. However, they have made positive changes when some of their money has gone into shopping or upgrading their houses and enjoying out-of-home entertainment.

Compared with the previous quarter, the expenditure on premium health insurance packages was unchanged but also at a high level compared to last year. This means they have paid more attention to their own health and family.