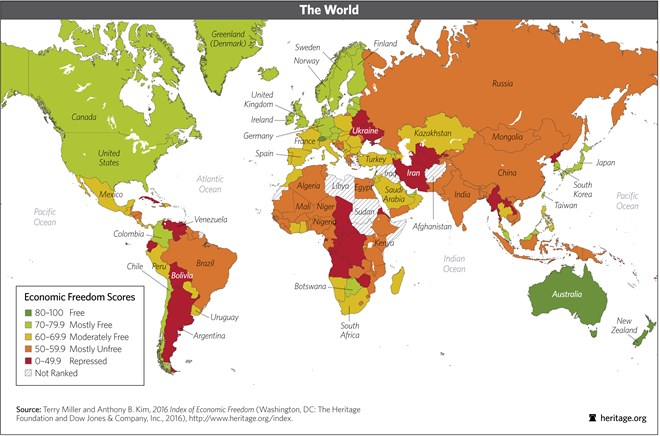 The overall score put the country at the 131st position among the economies listed in the index. Regionally it ranked 27th in the Asia-Pacific region.

The report assessed that Vietnam has gradually been transforming itself into a more open, more market-oriented economy and is beginning to enjoy the benefits of its steady but slow integration into the global commercial system.

Reforms have included partial privatization of state-owned enterprises, liberalisation of the trade and investment regimes, and modernisation of the financial sector, it added.

Hong Kong (China) topped the 178 economies ranked in the 2016 Index with a score of 88.6 points, followed by Singapore, New Zealand, and Switzerland.

The index report, an annual guide published by the Heritage Foundation, rates countries in 10 categories – trade, business, labour and fiscal freedoms, monetary, financial and investment freedoms, government spending, property rights and freedom from corruption – and the results are averaged to create an overall score.

The Heritage Foundation is an American think tank based in Washington DC.