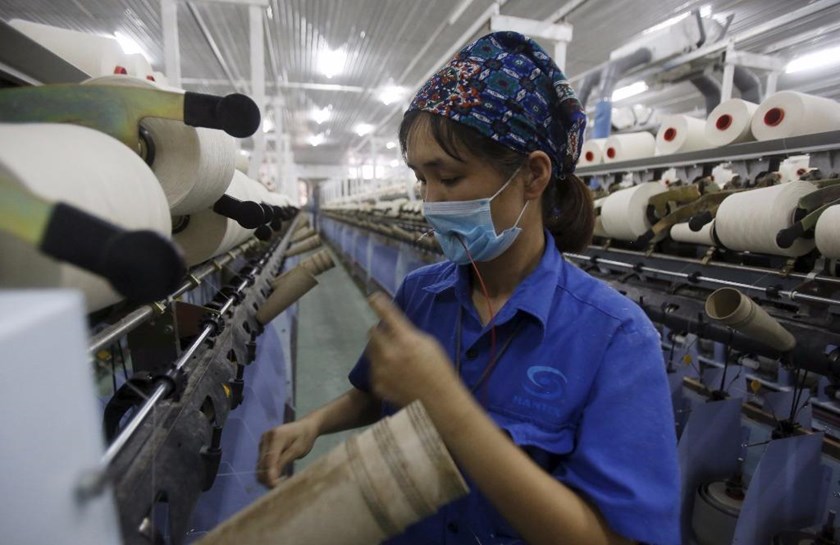 An employee works at a yarn weaving plant in Ha Nam province, outside Hanoi. Photo: Reuters

Vietnam has pulled off an impressive feat this year, bucking a global slowdown trend to post an economic growth of 6.5 percent in the first nine months.

But some senior legislators have said the strong growth might not be sustainable, considering the large number of companies shutting down and a trade deficit that has resurfaced for the fist time in four years.

At a meeting of the National Assembly’s Standing Committee on Monday, Nguyen Van Giau, chairman of the Economic Committee, quoted some critics as saying that some weaknesses remain and should not be ignored.

For instance, Vietnam has now seen trade deficit for the first time since 2012, he said.

Exports will hit US$165-166 billion this year, up 10 percent year on year, while imports will rise 16.5 percent to $171 billion, putting trade deficit at around $5.5-6 billion, according to the Ministry of Industry and Trade’s forecast.

He pointed out that the number of businesses which shut down or suspended their operations has increased in recent years at an “alarmingly” high rate, warning that the situation will have negative impacts on Vietnam’s economy in mid and long terms.

Other issues included Vietnamese labor productivity, which is still far below other Southeast Asian countries such as Singapore, Malaysia, and Thailand, according to the Economic Committee’s report.

At the same meeting, the assembly’s Finance and Budget Committee cast doubt on state budget’s positive outlook forecast by the government.

Finance Minister Dinh Tien Dung told the meeting that state revenue will be 1.8 percent above target, and that budget deficit will be equivalent to 5 percent of GDP as allowed by the National Assembly.

Vietnam’s public debt will be about 61.3 percent of GDP by this year end, thus being within the safety limit of 65 percent, he said.

However, the committee pointed out, based on its calculation, that state revenue will actually be below the annual target, by VND31.3 trillion ($1.38 billion).

The government will likely miss the budget deficit target too, according to the committee.

It asked the government to review all figures related to its debt and expenditures before submitting new reports to the National Assembly at its next session, to be opened at the end of this month.