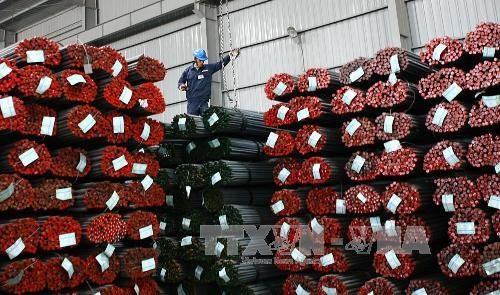 The NCIF revealed its forecast at a workshop in Hanoi on December 2 on several research projects serving the building of mid-term socio-economic development plans in the context of international integration.

The gross domestic product (GDP) growth is forecast to range from 6.5 percent to 7 percent in 2016-2020, while inflation will be within 5-7 percent and State budget overspending will be reduced to 4.8 percent of the GDP by 2020.

Deputy Minister of Planning and Investment Dang Huy Dong said the economic growth is hoped to recover strongly in the 2016-2020 period thanks to low goods prices, driving force from foreign-invested enterprises, external demand, and institutional reform.

However, there are still bottlenecks to remove such as low economic growth quality, efficiency and competitiveness, the asynchronous development of market systems and ineffective public investment, she noted.

The NCIF has coordinated with the Irish institute of social-economic research to conduct the research, which included analysis on factors impacting socio-economic development in Vietnam.

At the workshop, the NCIF released a book on Vietnam’s economic prospects based on the research outcomes between 2010-2015.