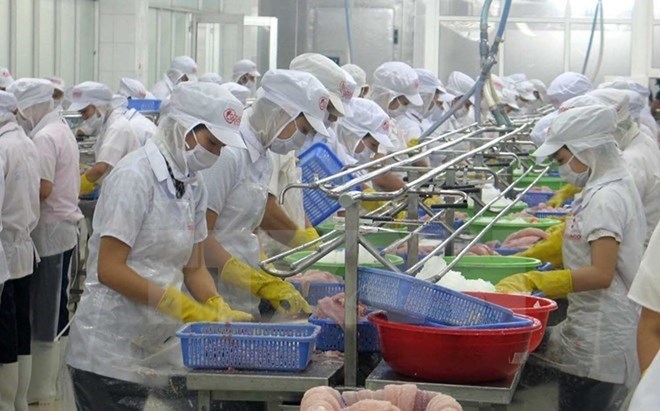 The growth is projected to rise further in the short run, if the global recovery remains intact, the bank said.

According to the report, while inflation is predicted to remain moderate thanks to a benign global price environment, strong wage growth may ultimately lift core inflation. External balances are projected to benefit from robust exports and FDI inflows.

However, the report stressed that there are significant challenges, despite the generally favourable medium-term outlook.

“Domestically, a slowdown in structural reforms could weaken the ongoing recovery and weigh on Vietnam’s medium-term potential growth. There is also a risk that fiscal consolidation may erode pro-poor fiscal expenditure and investment in human and physical capital. Externally, strong trade and investment links expose Vietnam’s economy to risks associated with a potential rise in protectionism and a possible weakening of external demand,” WB said.

These risks call for further steps to enhance macroeconomic resilience, including more exchange rate flexibility, a further buildup of foreign reserves, and responsive monetary and macro-prudential policies that moderate credit expansion and bolster capital buffers in the banking sector, it suggested.

On the fiscal front, there continues to be a need for deeper revenue and expenditure reforms, including broadening tax bases, right-sizing of the public administration, and higher value for money in public investment, the bank said, adding that steps to solidify macroeconomic stability need to be accompanied by progress on structural reforms to lift productivity and potential growth, including steps to reform the State-owned enterprise sector, improve the regulatory environment, and enhance factor markets, including land and capital.