Vietnam's economy slowing down after a strong year: World Bank
Go Back 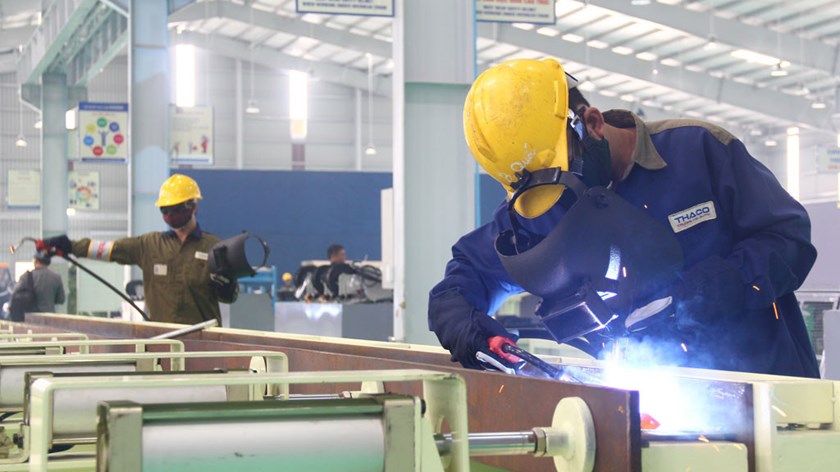 Vietnam’s economy will see “moderate” growth of 6.2 percent this year, as private consumption and investment will slow down amid downside risks, both external and internal, the World Bank has said.

The latest estimate is slightly lower than the bank’s prediction of 6.5 percent just more than three months ago, and a shift from the five-year high of 6.68 percent Vietnam achieved last year.

Investment by both the government and local businesses will also fall slightly, to 8.8 percent of GDP this year, from 9.4 percent last year, according to the report.

The Washington-based lender adjusted its projections, after recent figures showed that the economy grew only 5.46 percent in the first quarter, compared to 6.12 percent in the same period of last year.

The slowdown was blamed on the poor performance of the agriculture, forestry and aquaculture sector, which has been hit hard by drought and saltwater intrusion in recent months. The sector declined by 1.23 percent for the first time in at least a decade, according to official figures.

Besides agriculture, Vietnam saw almost every of its key sectors grow at lower rates compared to the first quarter of last year.

According to recent figures from the General Statistics of Vietnam, exports grew 4.1 percent year-on-year to $37.9 billion. That compared to 6.9 percent and recorded a year ago.

Government debt is increasing rapidly in Vietnam and relatively high in Malaysia, but remains moderate in Indonesia and Thailand. Source: World Bank

Although the baseline outlook of Vietnamese economy is “positive,” risks are “overwhelmingly” on the downside, such as relatively slow progress on structural reforms and increasing fiscal pressures, the World Bank said.

With the state budget deficit estimated at 6.5 percent of GDP at the end of last year, Vietnam is still struggling with weak revenue and increased current and capital spending, it said.

Vietnam’s public and publicly guaranteed debt are now only just shy of the legally mandated debt ceiling of 65 percent, the bank said. It expected the country’s public debt to reach 63.8 percent of GDP this year, before rising to 64.7 percent in 2018.

Due to subdued global conditions and low global energy and food prices, the bank predicted Vietnam’s inflation to be 3.5 percent this year, much lower than the government’s projection of 5 percent.

Vietnam’s inflation was at a record low of 0.63 percent last year.