Vietnam's export sees lowest increase in five years
Vietnam’s export turnover in 2015 is estimated at 162.4 billion USD, representing a year-on-year increase of 8.1 percent, the lowest pace over the past five years.
Go Back 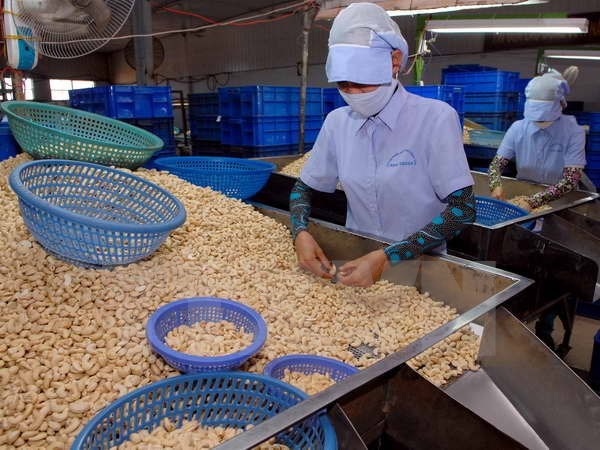 The GSO said the country’s import value is estimated at 165.6 billion USD in 2015, an increase of 12 percent over the previous year, resulting in a trade deficit of around 3.2 billion USD.

According to the General Statistics Office (GSO), the figure is lower than that recorded in the year before and the set target of 10 percent.

In December alone, Vietnam earned 14.2 billion USD from exports, up 2.2 percent over the previous month.

Le Thi Minh Thuy, Director of the GSO’s Trade and Service Statistics Department, blamed the low rise for dropping prices of key export items, which, she said fell at an average of 3.8 percent.

Additionally, many agricultural and mining products such as coffee, tea, crude oil and coal experienced decreases in both volume and value while fishery export revenue edged down by 15.6 percent over the previous year.

Rubber, in particular, saw a year-on-year rise of 7.2 percent in volume but a decrease of 13.6 percent in value due to falling world price, Thuy said.

However, export values of a handful of products like phones and components, computers, garments-textiles and footwear surged by 29.9 percent, 38.2 percent, 8.2 percent and 16.2 percent, respectively.

This year, the foreign investment sector generated an export turnover of 115.1 billion USD, a year-on-year hike of 13.8 percent, making up 70.9 percent of the country’s total export value.

The export of heavy industry and mining products fetched an estimated 74 billion USD, up 11.9 percent over the year before, accounting for 45.5 percent of the national figure.

The GSO said the country’s import value is estimated at 165.6 billion USD in 2015, an increase of 12 percent over the previous year, resulting in a trade deficit of around 3.2 billion USD.

China continued to be Vietnam’s largest exporter with a value of some 49.3 billion USD, representing a year-on-year rise of 13 percent, making up 29 percent of the country’s total.

Other markets such as the RoK, ASEAN and Japan were also the Southeast Asian nation’s major exporters in the year.

The office added that the trade deficit was entirely driven by the domestic economic sector while the foreign investment sector posted a trade surplus of 17.1 billion USD.

GSO General Director Nguyen Bich Lam pointed out the limited capacity of domestic businesses in grasping the present open trend, adding that the ASEAN Economic Community, to be formed at the end of this year, will put pressure on Vietnam in terms of both integration and competition in the local market.

Lam explained that products similar to those made by Vietnam will be available in other ASEAN markets with more reasonable prices and better competitive edge.

Besides, other integration channels such as ASEAN+China will also facilitate Chinese goods’ entrance into the ASEAN market, he said.

He suggested domestic businesses raise their competitiveness as signed free trade agreements, once taking effect, will make the competition fiercer.