Vietnam's exports hit $106.3 billion in 8 months
Vietnam earned approximately 106.3 billion USD from exports in the past eight months of 2015, up 9 percent from the same period last year, according to the General Statistics Office under the Ministry of Planning and Investment.
Go Back 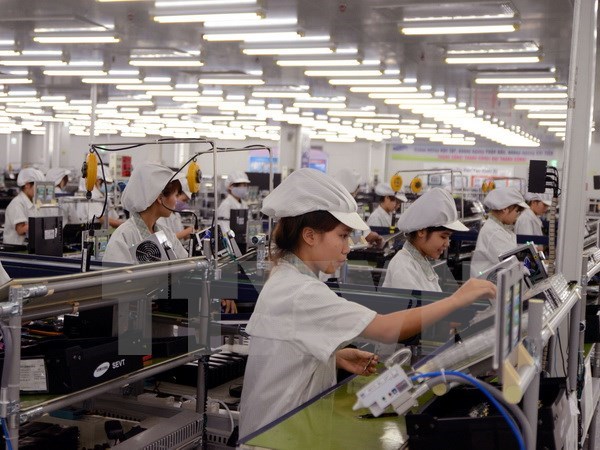 The domestic sector accounted for 31.7 billion USD of the total export value, an annual drop of 2.5 percent. The remaining majority of 74.6 billion USD belonged to the foreign-invested sector, which represented a 14.7 percent soar from 2014.

On the contrary, aquatic and rubber products as well as vehicles and spare parts experienced revenue declines between 7.1 percent and 16.6 percent compared to what they earned last year.

In the eight-month period, the US and the EU were Vietnam’s biggest importers, purchasing respective 22.1 billion USD and 20.2 billion USD in goods, up 19.8 percent and 12.3 percent year on year.

Meanwhile, ASEAN and Japan reduced their imports from Vietnam by 3 to 5 percent to 12.3 billion USD and 9.3 billion USD, respectively.