Vietnam’s exports see more opportunities in world market
By increasing processed and high-tech products and taking advantage of free trade agreements, Vietnam’s goods are being increasingly chosen by consumers in the world market.
Go Back 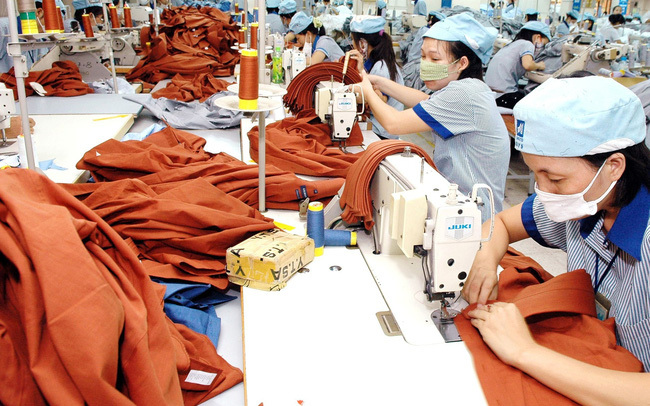 The Ministry of Industry and trade (MOIT) reported that raw exports are on the decrease, while processed and hi-tech industrial products are on the rise, especially farm produce, phones and electronic components.

By the end of April 2019, phone and electronic export turnover had reached $16.01 billion, of which the exports to the EU alone brought $.438 billion.

Meanwhile, Vietnam earned $3.32 billion from the US market, an increase of 94.4 percent, and $1.67 billion from South Korea, an incraese of 8.1 percent compared with the same period last year.

As for textiles and garments, the export value in the first four months of the year was $9.46 billion, increasing by 10.2 percent.

According to the General Department of Customs (GDC), the US remains the biggest textile and garment importer, consuming $4.42 billion worth of products, up by 9.1 percent, and amounting to 46.7 percent of Vietnam’s total textile and garment exports.

Chair of the Vietnam Food Transparency Nguyen Thi Hong Minh affirmed that Vietnam’s farm produce have made a breakthrough in foreign markets and many categories of products are now available in choosy markets.

Once the EU-Vietnam FTA is signed, slated for this year, the EU, an important market which consumes 19 percent of Vietnam’s exports, will be more widely open as tariffs will be cut step by step to zero percent.

Deputy chair of the Vietnam Wood and Forestry Products (Vifores) Nguyen Ton Quyen also is optimstic about the opportunity to increase woodwork exports thanks to the Vietnam-South Korea (VKFTA) and CPTPP.

CPTPP markets now make up 13.5 percent of the global total GDP and the trade value of $5 trillion. Some partners lifted most of tariff lines on woodworks from Vietnam when CPTPP took effect.

The Vietnam Association of Seafood Exporters and Producers (VASEP) said Vietnam’s enterprises have opportunities to export catfish to 10 CPTPP markets, including Mexico, Japan and Chile.

Mexico in the first four months of 2019 imported $40.8 million worth of catfish from Vietnam, an increase of 31.5 percent over the same period last year. This is the biggest catfish export market in Latin America and in CPTPP.