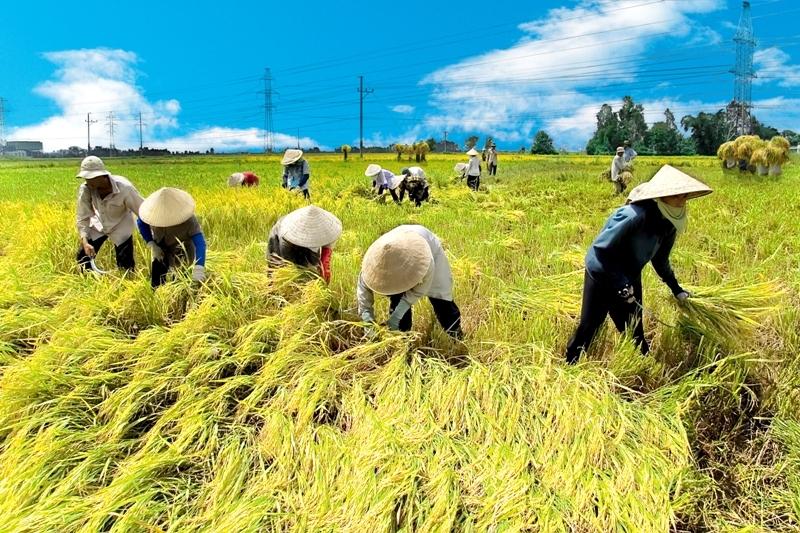 Nguyen Do Anh Tuan, head of Ipsard (the Institute of Policy and Strategy for Agriculture and Rural Development), noted that Vietnam’s farm exports had been decreasing since the beginning of the year. This was partly attributed to Vietnam’s rivals devaluing their currencies, thus making Vietnamese exports more expensive.

As the Chinese economy takes a hit, the world’s economies, have been reeling as well. Vietnam’s economy bears the biggest influence from China’s economic problems as 20 percent of Vietnam’s agricultural products are exported to China, not including exports across border gates.

According to Tuan, in the first seven months of the year, China consumed 37 percent of Vietnam’s total rice exports, 47 percent of rubber, 36 percent of vegetables and fruits, 13 percent of wooden furniture products, 12 percent of cashew nuts and 7 percent of seafood exports.

Nguyen Trung Kien from Ipsard agreed that Vietnam’s farm produce had become less competitive because of the exchange rate policy.

Previously, Vietnam’s rice had a competitive selling price compared with Thailand and India. However, the prices are now nearly the same.

Kien noted that Vietnam’s agricultural growth rate heavily depends on exports, but exports have been unsatisfactory so far this year.

Vietnam’s farm exports in general have been average as the rice export value is down by 13 percent, coffee 16 percent, rubber 6 percent and seafood 16 percent.

Vietnam exported $9.2 billion worth of farm produce in the first eight months of the year, a decrease of 7.7 percent over the same period in 2014.

In 2013, China consumed 66 percent of Vietnam’s rice exports, while the figure was just 47 percent in the first four months of the year.

Regarding coffee exports, since Brazilian and Columbian arabica coffee prices have decreased sharply as a result of the local currencies’ depreciation, Vietnam’s robusta exports have suffered.

Kien warned that weak competitiveness plus weak demand in the world market would still be big problems for Vietnam’s farm produce in the time to come.

The International Monetary Fund (IMF) and the World Bank (WB) and several other institutions all have predicted that the price of farm produce such as rice, coffee and shrimp would see a downward trend until 2020.

A 7-13 percent decline in prices has been predicted for the next several years.