Vietnam's fast rising property market leaves hard times behind
Brought to its knees when its property market bubble burst four years ago, Vietnam is riding into another boom, with construction starting in Ho Chi Minh City on two of the world's tallest skyscrapers and buyers snapping up new projects fast.
Go Back 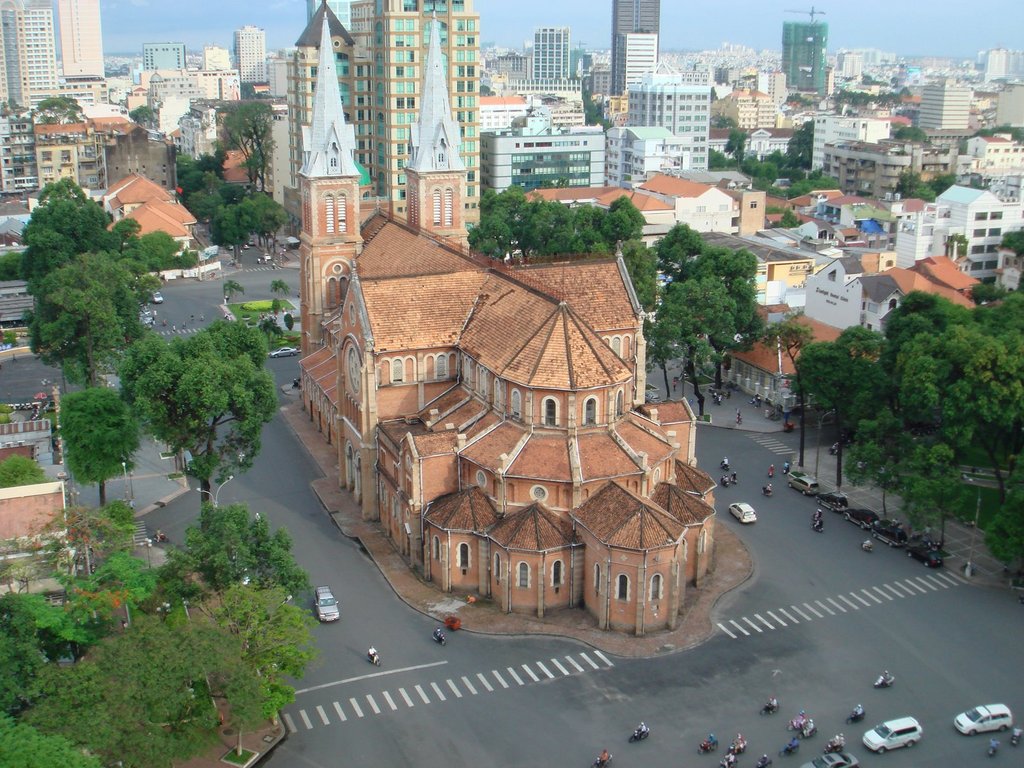 The speed of the market’s turnaround has been startling. Successful property transactions have doubled from a year ago, and developers have halved their unsold inventory from $6 billion at the peak of the crisis at the start of 2013.

“I can sell about three to five units per month now, much better than before, when I could only sell the same in the whole year”, said Dung, a freelance property broker in Hanoi, who asked to be referred to by her first name.

The Southeast Asian country’s government is hoping that lessons learnt from the last burst bubble will help prevent the latest property cycle crashing like the last one.

Buyers and developers defaulted on loans, leaving banks crippled by toxic debt and unable to provide credit to tens of thousands of failing businesses. The empty shells of abandoned, half-built condominiums and office blocks littered cities, showing how Vietnam had hit the wall.

Clearing up the mess, the state’s asset management firm has bought $8 billion of non-performing loans – a lot of which stemmed from real estate.

The government is restructuring the banking sector. In 2013 it gave the real estate sector a $1.4 billion stimulus and has placed stronger financial requirements on property developers.

From July 1, the government relaxed rules on investment by foreign firms, foreign buyers and “Viet Kieu”, the overseas Vietnamese whose families left their homeland after the country was reunified in 1975.

The moves to open up the property market were the latest in a slew of reforms that experts say shows the party’s progressives are in the driving seat heading into a scheduled leadership change in January.

According to The Eastern, a condominium jointly developed by a Vietnamese and a South Korean company, 70 percent of units sold from May to July were to foreigners and firms buying accommodation for foreign employees working at Saigon Hi-Tech Park, home to firms like Intel and Samsung.

Underlying demand, however, should also come from one of Asia’s fastest rates of middle class expansion, with the economy growing 6.28 percent in the first half of this year – the fastest pace since 2008.

But it is the overseas money that excites realtors most.

Units launched in Ho Chi Minh City in the first half of this year were 174 percent up on the same period in 2014 and 91 percent up in the capital Hanoi, according to the Vietnam office of global commercial real estate firm CBRE.

Having helped restore investors’ confidence, Prime Minister Nguyen Tan Dung has demanded better oversight to make sure the property market does not lead the economy off another cliff.

State-run firms have been told to shun non-core investments, having burnt themselves badly by earlier forays into property.

Real estate firms need to show minimum capital of just under $1 million and they have to deposit with the state, as surety for buyers, 1-3 percent of the value of new projects.

Fired with ambition, developers in Ho Chi Minh City aim to give Vietnam two potential entries into the top ten list of the world’s tallest buildings.

Ground breaking was done last month for the 461-metre Landmark 81, and will be carried out in the final quarter for the 86-storey high Empire City Tower.

Dominating a neon-lit riverside metropolis, the two projects will represent a strong statement of intent for this rapidly rising emerging market.

U.S. research agency JLL rates Ho Chi Minh City as the fastest improver among the 120 cities in its Momentum Index.

“We are seeing a lot of both local and foreign investors and developers trying to get a foothold,” Stephen Wyatt, JLL’s country head in Vietnam, said.

There’s much room for growth, with Vietnam’s market valued at $21 billion in 2014 by Nomura Research Institute, compared with Thailand’s $89 billion and Singapore’s $241 billion.