Vietnam's FDI jumps over 53 percent in nine months
As many as 17.15 billion USD in foreign direct investment (FDI) was poured into Vietnam in the first nine months of 2015, a year-on-year surge of 53.4 percent, according to the Ministry of Industry and Trade.
Go Back 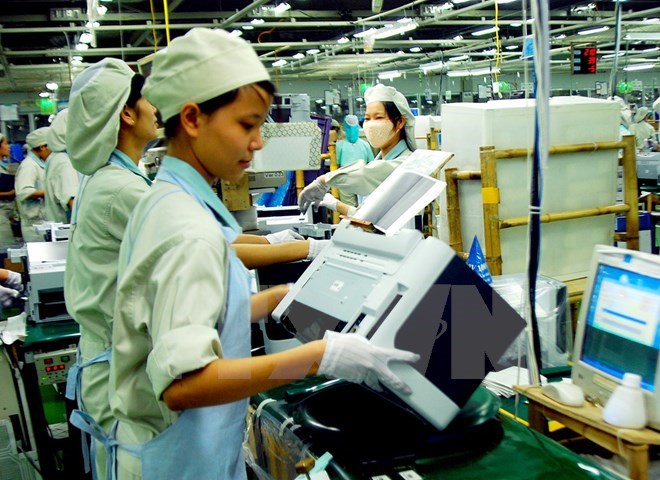 Of the amount, about 11.03 billion USD was pumped into over 1,430 newly-licensed projects, up 44.5 percent against the same period last year. The remaining 6.11 billion USD was added to 461 operational initiatives, up 72.6 percent.

The ministry estimated that the foreign funders have so far disbursed 9.65 billion USD, up 8.4 percent.

The significant rise in the nine-month FDI was largely owed to the entrance of several major projects in August and September. Chief among these are the 2.4-billion-USD Malaysian-funded Duyen Hai 2 Power Plant in Tra Vinh province, Samsung Display Vietnam with an extra 3 billion USD investment in Bac Ninh province and Empire City, a 1.2 billion USD real estate project invested by the United Kingdom in Ho Chi Minh City.

The manufacturing and processing industry attracted the largest share foreign investment with 11.36 billion USD added into 737 new and 346 existing projects, or 66.3 percent of the total FDI.

It was followed by the power and real estate sectors which lured 2.6 billion USD and 1.81 billion USD, respectively.

The Republic of Korea topped investors in Vietnam, injecting 5.74 billion USD, or 33.5 percent of the total foreign funds, followed by Malaysia and the United Kingdom.