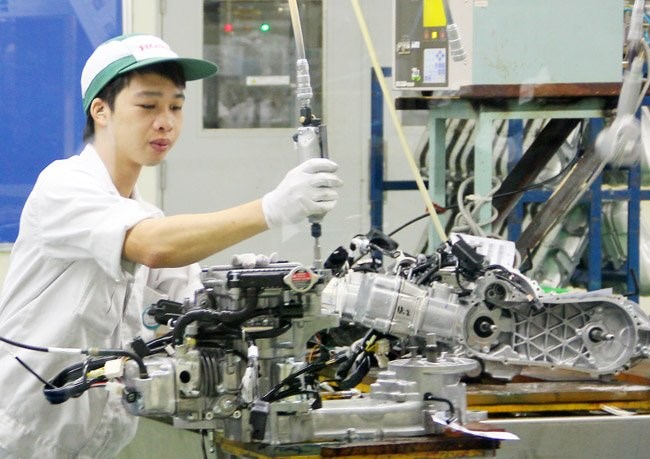 Vietnam has been promised US$10.15 billion of foreign direct investment in the first five months this year, up a staggering 136 percent from a year ago, according to new data.

A statement from the Ministry of Investment and Planning said Vietnam licensed 907 new foreign projects worth $7.56 billion. Another $2.59 billion was registered for existing projects.

South Korea remained the top investor among 60 countries and territories by committing another $3.42 billion, or nearly 34 percent of the pledges.

Manufacturing and processing sectors continued to be the top sector, accounting for 65 percent of the registered funds, followed by information and communication with nearly 13 percent and real estate, 5.3 percent.

Investment worth $5.8 billion was disbursed during the period, which was a 17.2 percent increase from last year.

The FDI sector has been enjoying good business in Vietnam this year. It reported a trade surplus of $9.1 billion in the first five months.