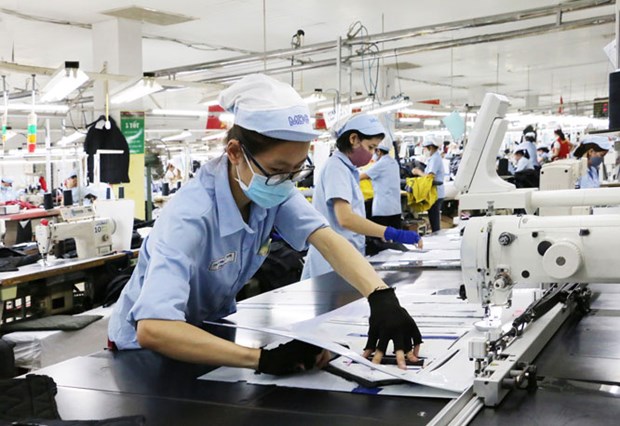 Other factors including free trade agreements (FTA) that will take effect in 2020 and the penetration of international brands like Zara, H&M and Mango will also favour the industry’s growth.

The sector has made significant progress, especially in yarn and dyeing, through IT applications, as reflected in improved productivity, accelerated production and reduced labour force.

According to Truong Van Cam, Vice President of the Vietnam Textile and Apparel Association, more than 2.5 million tonnes of yarn were churned out in 2019, of which over 1.5 million tonnes valued at about 4 billion USD were exported.

The Fourth Industrial Revolution’s impacts on production mindset and methods are tangible. An example is Duc Quan Investment and Development JSC in the northern province of Thai Binh, which has doubled its yarn output to 17,000 tonnes per year through the application of Big Data in production and management.

Optimising the achievements of the Fourth Industrial Revolution has become an inevitable trend. However, this has met with a range of difficulties, especially a severe shortage of labourers who can use the new equipment.