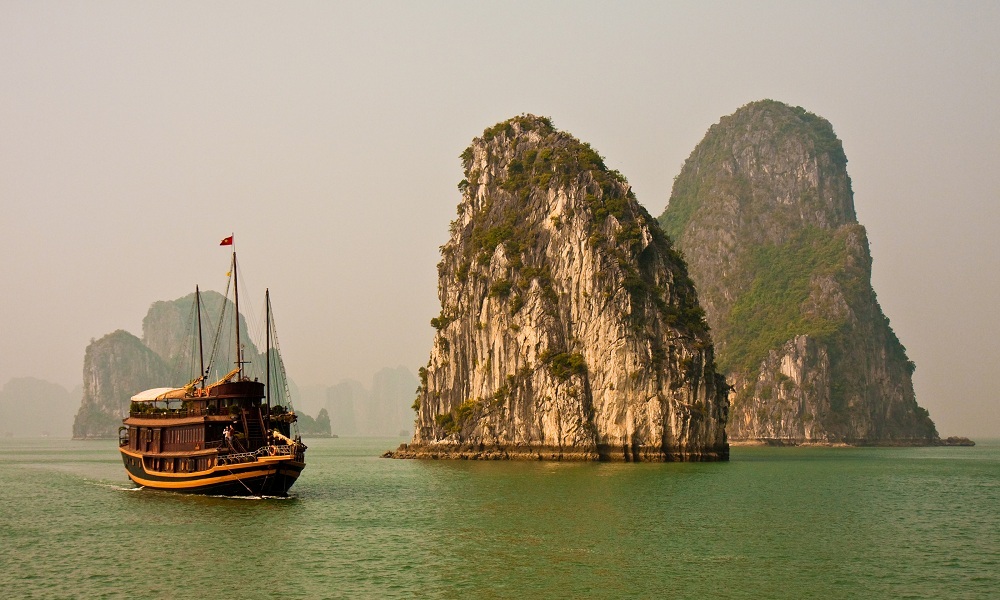 “Vietnam offers a refreshing experience for anyone who cares to come its way,” Sapna Nai Purohit and Jugal R. Purohit said on their feature storey “Vietnam: Along Uncle Ho’s trail” in the India Today newspaper.

Through a vivid story with illustrated photos, the two journalists brought readers through the Southeast Asian nation from the north to the south beginning in Hanoi, the capital city of Vietnam, calling it “the gateway to the splendid Ha Long Bay and the hills of Sa Pa”.

“It’s a bustling city – shops, hotels, small eateries on either side of the roads, and cycles, motorbikes and cars jostling for space at the centre. Even if people appear busy, they make time to sit on little stools on the pavement and sip on beer or hot Pho (a Vietnamese rice noodle-beef soup), chatting away with friends and relatives.”

According to them, of the numerous museums in the city, the Ho Chi Minh Mausoleum came across as a storehouse of information, documents and rare photographs of the life and times of Vietnam’s most revered leader Ho Chi Minh, fondly called Uncle Ho.

The water puppet show is a must-see, they said, describing the beautiful puppets and props controlled under water by skilled puppeteers as leaving them awestruck. “Watch dragons breathing fire, dancers in sync, a farmer chasing a tiger, as Vietnamese folk singers and musicians build the tempo with their background score”.

If the thought of drifting on emerald waters surrounded by mysterious limestone cliffs appeals, head to Ha Long Bay, they said, suggesting booking a one-day or two-day (stay on the boat) tour with a hotel or a tour operator and heading to this paradise, four hours away from Hanoi.

“As you sip on ‘Bia’ (beer) on the top deck of your boat, let the wind and the magical scenery blow you away. Hire a kayak and explore the bay on your own, gorge on fresh sea food on the boat and feel like Indiana Jones exploring the inside of a cave as your guide regales you with fables.”

“Having spent three nights in the capital, we boarded the Reunification Express for our next stop, Da Nang, the city on the coast which the first United States Marines landed in March 1965,” they said. Da Nang today is swanky with top hotel labels occupying its beachfront.

“We meanwhile proceeded on a 45-minute drive along a straight road that took us to Hoi An, a quiet town that lets its evenings do all the talking. Devoid of cars and traffic, Hoi An village is a cyclist’s delight and also a walker’s. This French-influenced settlement, a once-thriving port from a bygone era, is a busy market during the day with the fresh catch and produce of the day adorning stalls and by evening it turns into a fairytale. Elegant lanterns on trees, shops, restaurants, by the river, all over the famous Japanese bridge and the ambient piano music make for a lovely setting. Get a river side table and enjoy Com Ga (chicken rice) as you savour the sparkling beauty that is Hoi An.”

Not too far is the My Son sanctuary, a temple complex built between the 6th and 15th centuries. It features Shiva lings and idols of Lord Ganesha which have miraculously survived not only centuries but also years of war. Hoi An also has a lovely beach called An Bang – another must-see, they shared.

“From Hoi An, we landed in the village of Mui Ne in southern Vietnam. A beach lover’s paradise, it is best explored cruising on a motorbike along its ocean-hugging and remarkably empty highways. Swim in vast, clear waters, enjoy delectable sea food, sip on some local beer brews, devour the country’s diverse fruit fare and tire yourself trying to capture the beauty of the sea”.

A five-hour long bus ride took them to Ho Chi Minh City, a city that “represents the modernity and progressiveness that Vietnam is striving for.” Tall buildings, huge parks installed with workout equipment, eateries serving international cuisine and its heavy Western outlook make it a city to reckon with.

The top of any traveller’s list in HCM City are the War Remnants Museum and Cu Chi Tunnels.

For those would rather travel on ground than take flights, the Reunification Express is the ideal option. The title refers to the multiple daily trains connecting Hanoi to HCM City. Tad slow (runs on metre/narrow-gauge) and highly priced, but it is a comfortable ride with plenty of breathtaking sights.

No matter where you go in Vietnam, you will always be surrounded by contrasts. Try looking around with just a hint of a smile and, you will never be disappointed, they concluded.