Vietnam’s Mekong Delta in dire need of logistics hub
A regional logistics center should be set up in the Mekong Delta to offer professional services to businesses, most of which are currently dependent on Ho Chi Minh City and Ba Ria - Vung Tau Province, according to a seminar held in Can Tho City, the heart of the region, on Friday last week.
Go Back 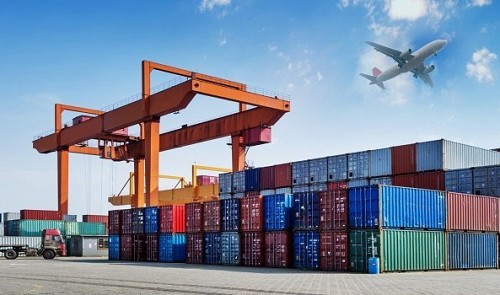 The establishment of a large-scale center would help relieve the burden for Ho Chi Minh City ports and road networks linking the city with the 18-million-strong Mekong Delta region, experts said at the event on logistics development.

Therefore, Linh suggested the government should have policies and incentives in tax and land leasing mechanisms to encourage investment in waterway transportation for containers, container ports and terminals, as well as specialized ports.

Le Duy Hiep, vice chairman of the Vietnam Logistics Business Association, said that Can Tho should be the main point of delivery for export from the region, and that there should be multiple logistics centers, an upgrade of old facilities or the establishment of new ones, close to the area and easily accessible by road and waterway.

Le Van Hy, chief editor of the Vietnam Logistics Review magazine, said that the development of a complete supply chain with proper infrastructure, including ports and logistics centers, will contribute to the comprehensive growth and competitiveness of the regional economy.

In reality however, the development of a capable supply chain is still behind many other places, Hy remarked.

As a result, the creation of a supply chain backed by logistics services, such as forwarding services, warehousing, transportation, and ports, is now an urgent concern for the Mekong Delta, he added.

Pham Anh Tuan, deputy general director of Portcoast JSC, said according to his calculations, only a one percent reduction in the cost of logistical services could help save the area VND2 trillion (US$88 million), which generates VND213 trillion ($9.37 billion) in GDP yearly.

Around 80 percent of the logistic service costs lie in transport and goods handling, so the development of logistics infrastructure and centers plays a key role in promoting the logistical operations and reducing costs, he added.

Annually, the Mekong Delta contributes 60 percent of seafood exports and more than 90 percent of rice shipments from the Southeast Asian country.

But building a complete supply chain and logistics network in the Mekong Delta faces many obstacles at the moment, said Nguyen Cong Bang, deputy director of the transport department under the Ministry of Transport.

The two main methods of transport in the region, waterway and road, have not been developed in line with demand due to unsynchronized infrastructure and an inconvenient transit operation, Bang commented.

None of the ports in the region have railway networks linking them with roads and waterways, and the river mouths cannot accommodate big ships with loading capacities between 10,000 and 20,000 DWT, he added.

According to the port authorities of Can Tho, there are currently 15 ports in the Mekong Delta, but most of them are operating at only 20-50 percent of their full capacity.

The Mekong Delta will have two second-class logistics centers, including one with a total area of 30-70 hectares serving Can Tho and the remaining localities in the region.