Vietnam’s most attractive industries for foreign investors
Up to 86% of investors believe that investment activities in Vietnam will increase rapidly in the next 12 months, according to a survey conducted by Grant Thornton Vietnam.
Go Back 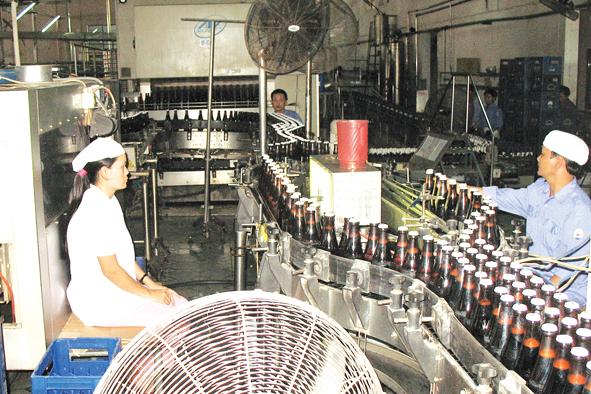 According to the survey, “oil, gas and mining”, “food & beverage”, and “clean technology” are expected to be the top industries in luring investment.

The oil and gas industry is considered the most attractive, selected by 37% of the survey attendants, compared to 17% of 2014.

The surge is caused by an opportunity to buy the property from the seller who faces financial difficulty or investment opportunities in assets with lower costs.

For private investors in Vietnam, there are four oil refinery projects that are being implemented, including Nghi Son, Nhon Hoi, Nam Van Phong and Vung Ro, creating many investment opportunities as the project investors have limited capital resources.

Investors have more opportunities in the petroleum trading industry, after the draft decree by the Ministry of Industry and Trade classified petroleum trading as a conditional business. It is no longer under the State’s monopoly.

Ranked second, the “good and beverages” sector maintains its attractiveness, with a slight increase to 34% from 33% last year.

Vietnam has 90 million people and per capita income is growing, which will spur the development of the food and beverage industry.

The growth of food consumption per capita is predicted to reach 17.6% annually over the period 2014-2019.

The packed food industry will have a very high growth in output and revenue, estimated to reach 24.2% and 48.7%, respectively.

The beverage industry is also expected to have a growth rate of approximately 10.5%/year and up to 32.8% for the beer industry.

The clean technology industry is also very attractive, with 29% of investment options, as the green growth strategy is one of the main themes in the EVFTA Free Trade Agreement.

The EU will finance part of the national strategy for green growth that was enacted in March 2014, estimated at $30 billion from now until 2050.

Ranked fourth was the Agriculture and Health & Pharmaceutical sectors, selected by 24% of the survey attendants, followed by Financial Services, Real Estate, Education and Production, with investment choice of 22%.

Private investors want to change the operation of the companies they invest in. These areas are “financial planning” (21%), “access to capital” (17%) and “corporate governance” (16%).

Regarding the supply of investment deals, “private/family company” continues to be the first choice of investors, even though the percentage fell slightly from 33% in the period survey to 30%.

After a long time of not being favored by investors, the stock market is now in the top 3, showing the excitement of investors after the ownership ceiling of foreign investors was loosened by the government.

Investor interest has increased due to economic recovery, free-trade agreements (FTAs) which are in the process of negotiation or about to be passed, and merger & acquisition (M&A) deals, which are expected to exceed the record level $5.2 billion of 2012 to reach $20 billion in 2015 and 2018.