Vietnam’s per capital income reaches nearly $2,200
VietNamNet Bridge – The per capital income of Vietnam is estimated to increase by 15% annually in the period 2014-2015, according to the Ministry of Planning and Investment.
Go Back 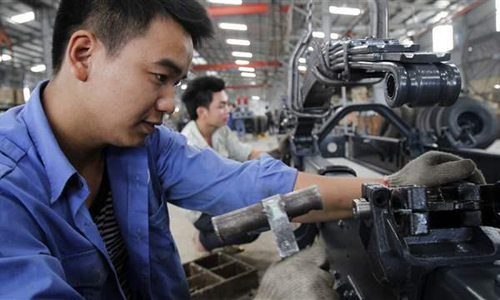 Thus, in the past two years, Vietnamese people’s income increased by 15% and since Vietnam officially became an average income country in 2009, per capita income has constantly improved, doubling in six years.

According to Phuong, Vietnam has attracted investment from 103 countries and territories, with a total committed capital of over $257 billion. More than $130 billion has been disbursed.

Trade turnover between 2011 – 2015 grew on an average of 15% per year, expected to reach $350 billion in 2015. Vietnam is negotiating for and has participated in several free trade agreements (FTA). This helps the country develop trade relations with 55 countries worldwide, including 15 members of the G20.

Phuong said South Korea was a strategic foreign investor of Vietnam, with more than $39 billion of capital, including $16 billion invested in the electronics industry.

Mr. Jun Daejoo, Korean Ambassador to Vietnam, also said that South Korea was becoming a leading partner in trade and investment with Vietnam.

“Every year about one million people travel between the two countries, opening the period of strong growth. Vietnam and RoK are like a fusion of economic development,” Mr. Jun said.