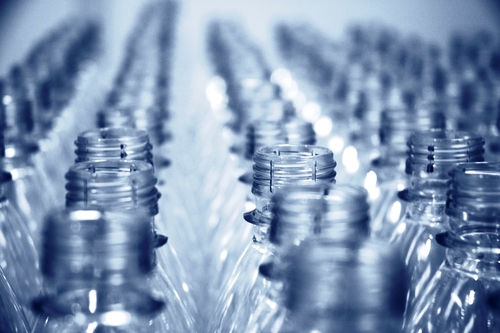 With the steady annual growth rate of 16-18 percent gained in the last five years, plastics manufacturing are the third most profitable business field, just after telecommunications and textiles & garments.

This explains why Vietnam’s plastics industry has become the ‘aiming point’ of foreign investors, especially ones from Thailand.

TPP and other free trade agreements (FTAs) are also the reasons that prompt foreign investors to jump into the Vietnamese market. With TPP, the plastics industry would enjoy large benefits because manufacturers would have more opportunities to boost exports to the US and Japan.

Binh Minh has been holding the large plastic tube market share in the last 38 years of operation with 1,200 distribution shops by the end of 2014.

Since it was equitized 11 years ago, the manufacturer has expanded production with four factories in Hung Yen, Binh Duong, HCM City and Long An. The factory in Long An province, covering an area of 160,000 square meters, is believed to be the most modern factory of this kind in the region.

Nawaplastic Industries, a subsidiary of Thai SCG Group, now holds 20.4 percent of Binh Minh’s chartered capital and it always expresses the willingness of raising its ownership ratio in Binh Minh to the highest possible level.

Tran Viet Anh, general director of Nam Thai Son, also noted that Vietnamese plastics companies, which are facing many big problems, were in danger of being taken over by Thai conglomerates.

One of the ‘big problems’ Anh mentioned is low competitiveness, caused by difficulties in bank loan access.

“While Thai plastics companies can borrow capital at the low interest rate of 1 percent or even zero percent, Vietnamese manufacturers bear high interest rates. How can they compete with Thai conglomerates?” he said.

An analyst commented that Vietnamese plastics companies have ‘every reason to be afraid of foreign conglomerates’.

The analyst cited a source as saying that Tan Tien, another Vietnamese strong brand, is likely to fall into the hand of an investor from South Korea.