Vietnam's PMI up but manufacturing still sluggish
The October Purchasing Managers Index rose to 50.1, just above the waterline of 50 and up from the previous month's 49.5, but at that level the manufacturing momentum remains sluggish, according to a monthly report from HSBC.
Go Back 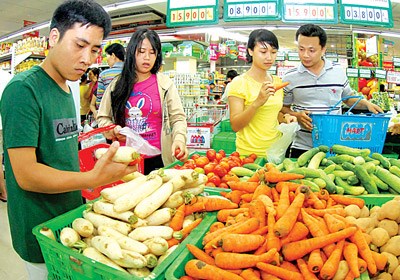 Vietnam at a Glance, released on November 4, said the deterioration of the employment subcomponent (of the PMI) and ongoing reduction in the new export orders subcomponent suggested that manufacturing was unlikely to pick up strongly towards the end of the year.

The new export orders subcomponent was at four-month lows after export growth in the year-to-date slowed to 8.5 percent year-on-year from 9.6 percent in September, and would likely slow down further in the remaining months.

The employment sub-index was at a seven-month low, reflecting a cautious outlook among manufacturers.

The good news was that with oil prices still weak, domestic demand remained well supported by low inflation (headline inflation was unchanged at 0 percent y-o-y in October while core inflation slowed further to 1.4 percent from 1.6 percent the previous month).

Domestic activity had also been fuelled by a steady revival in credit growth, which had risen to 10.8 percent y-o-y as of September and would likely approach 17 percent this year, up from 14.2 percent in 2014, as banks accelerated lending in the month ahead.

Against the backdrop of stronger growth, wages were likely to rise, setting the stage for a revived core inflation next year.