Vietnam’s rice exports at a standstill
Vietnam is facing dual difficulties in exporting rice as demand from loyal markets has been lower than expected, while the price has been decreasing in the world market.
Go Back 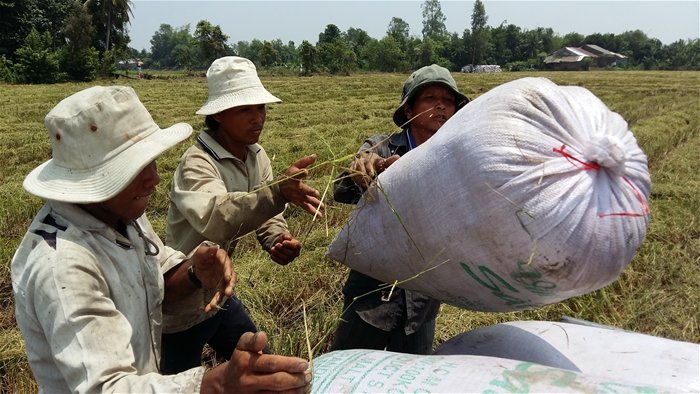 The latest report of the Ministry of Agriculture and Rural Development (MARD) showed that Vietnam exported 3.37 million tons of rice in the first eight months of the year, worth $1.51 billion, a decrease of 16.6 percent in volume and 13.1 percent in value compared with the same period last year.

The average export price in the first seven months of the year was $450 per ton, a slight increase of 4.95 percent in comparison with the same period last year.

However, the export volume to the market was 1.04 million tons only, worth $476 million, which represented 21.6 percent in volume and 11.9 percent in value compared with the same period last year.

The exports to other markets were also unsatisfactory: exports to the Philippines were down by 66.4 percent, Malaysia 54.4 percent, Singapore 36.3 percent and the US 37.6 percent.

Only Indonesia, the second largest buyer, imported more rice from Vietnam. In the first seven months of the year, Vietnam exported 353,000 tons, worth $140.4 million to the market, up by 25.5 times in quantity and 26.8 times in value.

However, the increase could not offset the decrease in exports to other markets.

MARD said that Vietnam’s rice exports have decreased sharply because China continues tightening rice imports across the border gates and cracking down on  smuggling.

Meanwhile, Huynh The Nang, chair of the Vietnam Food Association (VFA), said at a recent meeting with MARD’s leaders that the Vietnam-China protocol on phytosanitary requirements on Vietnam’s rice and bran exports to China cannot be realized, because China has not recognized any Vietnamese inspection company.

Also, according to Nang, high-end rice exports, especially exports to markets with high technical barriers, has seen a setback.

Under the EU-Vietnam free trade agreement, which takes effect in 2018, Vietnam would be able to export 100,000 tons of rice every year to the EU at the preferential tax rate of zero percent, which is four times higher than the current quota.