Vietnam's startup eco-system begins to go past ‘Flappy'
Since the phenomenal success of game app "Flappy Bird," Viet Nam's startup ecosystem has gained considerable momentum in the last two years and it is on the radar of many foreign venture capital funds.
Go Back 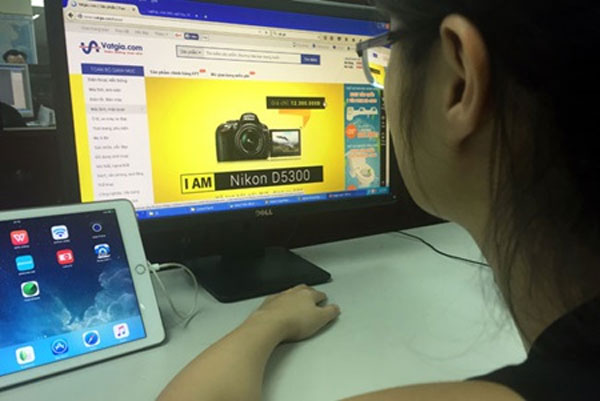 Viet Nam’s tech community will never forget the triumph of Flappy Bird, perhaps the most famous piece of Vietnamese software in the world so far. At the game’s peak, its creator Nguyen Ha Dong earned about US$50,000 a day in advertising – an amount that takes three decades for the typical Vietnamese worker to earn.

Though the game was pulled out from Apple’s App Store by its developer in 2014 for being “too addictive,” its success has inspired startups and entrepreneurs in Viet Nam.

“After nearly seven years of investing in Viet Nam, I have never seen such a vibrant atmosphere in Vietnamese tech startups as now,” said Nguyen Manh Dung, the director for Viet Nam and Thailand at CyberAgent Ventures, a Tokyo-based venture capital firm that has funded over 15 Vietnamese startups since 2009.

Dung noted rises in the frequency of media coverage on startup events in the last couple of years; many intensive training programmes for startup companies have been organised; and more domestic and foreign companies are willing to provide funding for local startups.

“Opportunities of getting funded have never been as easy as now,” Dung told Viet Nam News in an interview.

According to data available on Techlist.asia, the number of Vietnamese startups now touches 1,400. That makes the country the third largest ecosystem in Southeast Asia, behind Singapore and Indonesia.

The growth of start-ups in Viet Nam is “because it’s a large, young and fast-growing economy; because digital numbers of internet and smartphone penetration have grown to massive scales; and because some pioneering founders have achieved success and proven the potential of Viet Nam’s market and talent,” Eddie Thai, one of the two Vietnamese partners of US-based seed fund 500 Startups, was quoted on Dealstreetasia.com.

Viet Nam’s population reached 92.5 million people in 2014, 40 million use the internet, 28 million have active social media accounts and 128 million have mobile connections, according to data on the site Internet Live Stats.

Coffeehouse chain KAfe Group this month received $5.5 million funding from Hong Kong-based Cassia Investments, being one of the biggest deals for a Vietnamese startup so far.

Founded in 2013, the chain has now 12 stores in Ha Noi and its founder, Dao Chi Anh, said the capital infusion would help expand its chain to 26 stores in HCM City and other major cities by the end of this year.

In the past two months, the online restaurant search Foody Corp successfully grabbed series B and C funding rounds from Singapore’s internet company Garena and US-based Tiger Global Management to expand its operation overseas in Indonesia.

“After the success of the first generation of startups like VNG, VC Corp, Vatgia, many new startups are developing very fast and some have even expanded in Southeast Asia like CleverAds, Appota, Topica, Foody and PeaceSoft,” said Tran Manh Cong, director at Topica Founder Institute, a startup accelerator programme in Ha Noi.

According to Topica Founder Institute, more than $200 million worth of venture capital has been invested in Vietnamese startups since 2005.

Besides old funds like IDG Ventures, CyberAgent Ventures, DFJ VinaCapital, which have operated in Viet Nam since 2005, new players are coming to Viet Nam with an eye on the bullish prospects in the country, including the world’s leading funds such as Goldman Sachs, Tiger Global, TPG and 500 Startups.

In August, Silicon Valley-based accelerator and venture fund 500 Startups, which has made four investments in Vietnamese startups, said it would increase its funded companies to 20 in the next 12 months.

Most of Vietnamese startups are tech businesses. Capital funds are bullish on opportunities in the tech industry in Vietnam when online sales by businesses to consumers in the country is expected to reach $10 billion, or 20 per cent growth each year in the 2015 to 2020 period, according to a plan revealed by the Ministry of Industry and Trade in September.

Some Vietnamese tech startups have achieved big success and are valued at a billion US dollar like VNG Corp or millions US dollar like VC Corp, online retailer Vatgia and online payment service provider Mobivi.

However, according to CyberAgent’s Tran Manh Dung, only a few startups can receive investments of several millions US dollars. Most funded projects in Viet Nam are between $50,000 and $500,000 each – very small scale compared with $300 to $500 million projects in Thailand, Indonesia and Malaysia.

“The number of companies that can raise series B financing or later (C, D with higher investment value) is very small,” Dung said.

He said complicated and time-consuming administrative procedures as well as the lack of an “exit” for fund investments have negatively affected their decisions in Viet Nam.

“Investment is also a business and it needs an exit (the ways to divest capital to make profits),” Dung said and noted popular “exits” like an initial public offering (IPO) and mergers and acquisitions (M&A) were not easy in Viet Nam.

“Startups are small businesses, but they play an undeniable role in our economy,” the Deputy PM said in a first-time meeting with the Vietnamese startup community in mid-August.

It is not an easy task to seek investment, mainly from foreign investors who have complained about complex and lengthy administrative procedures in Viet Nam. While in other countries like Singapore and South Korea, businesses can fill out electronic applications, make online payment for fees and receive investment certificates in just several days, this progress can take three to six months in Viet Nam.

“There is still a distinction between domestic and foreign investors in Viet Nam’s legal framework, thus it often takes a long time for foreign funds to disburse to a project,” Nguyen Manh Dung said.

He noted a tendency of dozens of Vietnamese tech startups to register in Singapore or other countries which have favorable policies.

At the meeting, Deputy PM pledged to support Vietnamese startups, from tax issues to investment procedures but admitted progress would take time. However, he directed relevant authorities to set up an information exchange platform on the government portal to assist startups.

The Ministry of Planning and Investment is also drafting a document to give detailed guidance for the amended investment law which will address issues related to venture capital investments.

The State Capital Investment Corporation, the Government’s investment arm which has traditionally invested in large State-owned companies, said it would invest in startups and help in facilitating outside investment for them.

Meanwhile, a plan to establish the startup ecosystem is projected to be submitted to the Government by the Ministry of Science and Technology in September.

“The Government has an important role in promoting the startup ecosystem in Viet Nam that can be seen in legal framework, support policies and programmes,” said Tran Manh Cong, director at Topica Founder Institute.