Vietnam's sugar firms deep in hardships
The Ministry of Industry and Trade’s recent proposal on sugar import has put local sugar firms on the tenterhooks, and there is a demand for urgent support from the government to help firms get out of the woods.
Go Back 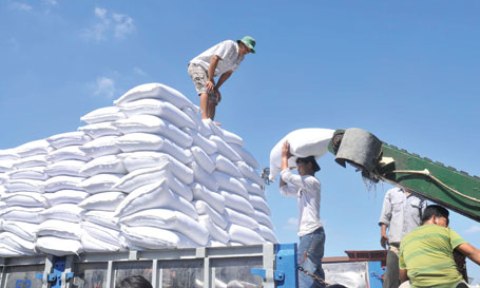 Chairman of Vietnam Sugarcane and Sugar Association Pham Quoc Doanh said that the sugarcane production output in 2015 to 2016 season was nearly 13 million tonnes, down more than one million tonnes compared to the previous season.

According to Hanoi-based Sugar Corporation I general director Vu Thi Huyen Duc, low output, high production cost, and the failure in developing large-scale fields are the major challenges that the sugar industry has been facing.

“Businesses like us have scaled up efforts through applying multiple measures to synchronise production process. Our largest challenge currently is mechanising production as the material growing areas are mostly located in high mountainous areas,” Duc said.

A source from Can Tho Sugar Company revealed that a bustling scene is still occurring in the Mekong Delta sugarcane market.

Some sugar firms have applied specific policies on output and material sources to control production.

But they have found it was hard to collect sufficient input materials for production due to unhealthy competition from traders.

The Ministry of Agriculture and Rural Development’s Department for Agro-Forestry-Fisheries Processing and Salt Industry recently delivered a warning that the sugar industry may still experience tension relevant to input material shortages in the upcoming 2016 to 2017 season.

“Sugar companies must quickly introduce measures to support farmers if they want stable material sources in place,” the department stated.

The firms are concerned that cheaper import materials could hamper locally-made sugar sales.

Relative to how to help the sugar industry get out of the woods, Deputy Minister of Agriculture and Rural Development Tran Thanh Nam said the ministry (MARD) will work with the Vietnam Sugarcane and Sugar Association and related management agencies to find remedies.

One of the measures that are still in need of farmers’ further consideration is jointly planting sugarcane and rubber to boost efficiency.