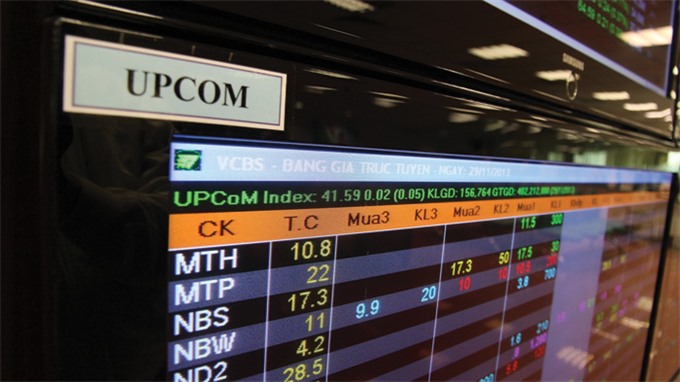 Its managing director, Andy Ho, said the fund would only invest in companies listed on the UPCoM, which number 350, and having market capitalisation of less than $50 million.

The conference heard that the country’s purchasing managers’ index (which is neutral at 50) was 52.9 in September.

Foreign exchange rates, an important factor for foreign investors, has been steady, with the VNĐ-US$ reference quote by the State Bank of Việt Nam increasing by just 0.8 per cent since the beginning of the year.

The State selling its stakes in public companies and family-owned businesses’ desire to raise funds would create investment opportunities, he said.

Việt Nam’s stock market has been performing better than its regional counterparts.

Its PE ratio is now 16 compared to 18 for Malaysia, almost 22 for Thailand and the Philippines and 28 for Indonesia.

Its return on equity (ROE) ratio is 12 per cent compared to 9-9.5 per cent in Singapore, Malaysia, Indonesia, and Thailand.

The HCM Stock Exchange has a market capitalisation of $63 billion.

Foreign direct investment in the country continues to rise, with disbursement in the first nine months reaching $11 billion, up 12 per cent year-on-year.

A large population of 90 million and low labour costs are factors that attract investment.

But there are also risks if bad debts and the budget deficit are not handled well and State firms’ equitisation is not hastened.

The city would also improve the investment environment to create transparency and a level playing field for enterprises and investors, both local and foreign, he promised.

In the first nine months the city’s economy grew by 7.76 per cent, he said.

Mạng hailed VinaCapital’s efforts to find investment opportunities in many sectors, saying it would also benefit the companies in which it invests both in terms of capital and international governance standards.

The three-day event will feature a round-table discussion on venture capital opportunities among others.

Founded in 2003, VinCapital now manages $1.45 billion in assets. It has three closed-ended funds that trade on the London Stock Exchange, the VOF is listed on the Main Market while two others are listed on the AIM.