VN agricultural exports fall
Export revenues of agricultural, forest and aquatic products totalled US$21.7 billion during the first nine months of this year, down five per cent over the same period last year.
Go Back 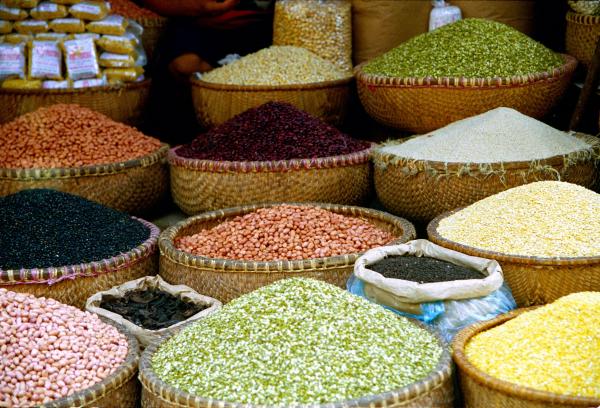 The Ministry of Agriculture and Rural Development (MARD) has reported that the value of major farm produce exports reached $10.29 billion, declining 7.2 per cent year-on-year.

The ministry said rice markets had slowed during the last nine months, both at home and abroad, with export prices averaging $431 per tonne, five per cent lower than the level recorded during the same period of 2014.

Further, the volume of coffee exports reached 961,000 tonnes at the end of the third quarter, a slump of 31 per cent, with revenues of $1.96 billion, having fallen 32 per cent.

The average coffee export price was $2,054 per tonne, sliding by 0.23 per cent. While global coffee inventories had been high, as a new domestic harvest crop is expected.

Meanwhile, rubber exports saw a 6.6 per cent rise in quantity, at 740,000 tonnes, though the value of this export declined 13.7 per cent due to falling rubber prices throughout the world.

Additionally, over nine months in 2015 the exports of major aquatic products, such as tra fish and shrimp, fell by 17.8 per cent year-on-year at $4.69 billion due to disadvantaged prices.

There was good news though, as forest products reported $5.03 billion in export revenues, up 6.6 per cent year-on-year.

Viet Nam should attach special importance on improving the quality of coffee products over the next five years, said MARD official Vo Thanh Do.

Do said that technology and innovation in equipment for improved labour productivity will be part of this direction, with a plan continuing until 2030.

The country needs to not build more coffee production facilities, yet it should accelerate investments to change the structure of goods, enhance their added values, and expand markets, he noted.

According to the Central Highlands Steering Committee, Viet Nam has mainly exported raw coffee materials, which bring about low added values in the international markets.

The country currently has nearly 642,000 hectare (ha) of coffee plantations, which produce some 1.4 million tonnes of raw coffee beans per year. It exports 90 per cent of this yield, though a high ratio is defective and cheaper than similar materials harvested in other countries.

Viet Nam Coffee–Cocoa Association Chairman Luong Van Tu said a farming household or an enterprise earns nearly $2 when it sells one kilogramme of coffee at the current costs, and this value is equivalent to the average price of a cup of coffee sold in import countries.

Meanwhile, a kilogramme of coffee can make up to 50 cups of coffee.