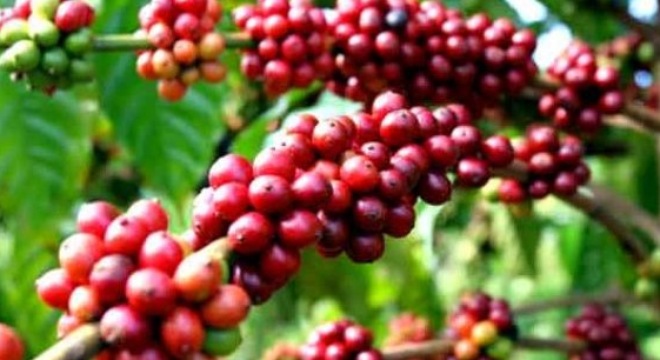 After three years of witnessing high growth rates in the 2012-2014 period, Vietnam has experienced a tough year, with a sharp 28 percent fall in export volume and 30 percent in export value.

While the other two big exporters Brazil and Columbia were not hurt by the decrease, Vietnam’s coffee industry has experienced difficult days.

According to Do Ha Nam, chair of the Vietnam Coffee and Cocoa Association (Vicofa), one of the biggest problems for Vietnamese coffee exporters is the exchange rate policy.

While the Vietnam dong has decreased inconsiderably in value, Brazilian currency has depreciated by 70 percent. Many Vietnamese farmers and businesses have decided to store goods instead of boosting sales because the more they exported, the bigger losses they suffered. It is estimated that the inventory volume has reached 400,000 tons.

However, according to the USDA (US Department of Agriculture), Vietnamese farmers do not think the price would go up again to VND40,000 per kilo again.

In fact, VND40,000 per kilo is not a high price, because the price level has stayed unchanged over the last 20 years, while the prices of other farm produce have increased by 10 times.

With the sharp devaluation of Brazilian and Columbian currencies, the Arabica coffee price has decreased sharply and is now closer to the Robusta price. This will present challenges to Vietnam, as 90 percent of coffee exports are Robusta.

Meanwhile, Vietnam is facing a serious drought which has had a negative impact on 40,000 hectares of coffee area, according to the Ministry of Agriculture and Rural Development.

It is estimated that one-fourth of Vietnam’s coffee trees will be old in five years. In Dak Lak province alone, the coffee ‘metropolis’, 30 percent of the coffee growing area needs replanting. However, in order to do this, farmers need hundreds of millions of dong for every hectare which is beyond their financial capability.

The good news for Vietnamese farmers is that the USDA and Rabobank both have predicted that Vietnam’s coffee exports would increase by 30 percent the next crop.

However, IMF predicted that the Robusta price would go down by 10 percent in 2016, while the World Bank forecasted a 3 percent decrease in 2016, and sharper decreases in the next years.

Under the coffee growing area development by 2020, Vietnam would have four key areas in Dak Lak, Lam Dong, Gia Lai and Dak Nong, where there would be 530,000 hectares of coffee.