VN economy faces 2018 hurdles: experts
Economic experts have warned of challenges facing Viet Nam in 2018 which may cut the country’s Gross Domestic Product (GDP) growth rate to 6.58 per cent, lower than the previous year’s figure, at a conference held in Ha Noi yesterday.
Go Back 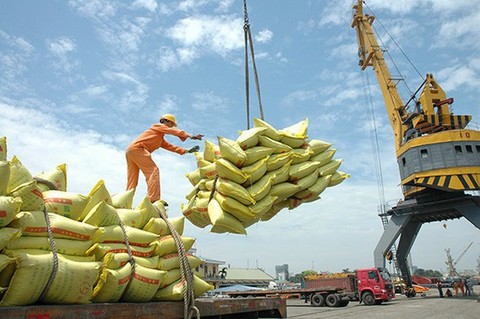 The event “Viet Nam’s economy in 2017 and prospect in 2018” focused on accessing the country’s economic situation last year, addressing challenges facing the country in 2018 and putting forward solutions to achieve higher growth.

Last year was considered an economic success with a GDP growth rate of 6.81 per cent, higher than the yearly target, according to head of the Central Institute for Economic Management (CIEM)’s Department of Macro Economic Policy Nguyen Anh Duong.

The industry and construction sectors recorded the highest growth rate of 7.85 per cent, the services sector was second with 7.4 per cent and the agro-forestry and fisheries sector third at 2.9 per cent.

The achievements were driven by the efforts of the Government, ministries, sectors and localities in renewing growth models, improving the business environment and tackling difficulties for businesses, according to experts.

However, they warned that economic development in 2018 might be affected by negative factors such as unstable recovery of the world economy, challenges facing multilateral trade liberalisation, complicated trade paybacks between big economies and risks from the possible reverse of foreign capital flow.

The country may also lag behind other countries in terms of technology if no measures are taken to tap opportunities and deal with challenges from the fourth industrial revolution.

Former director of the National Centre for Socio-economic Information and Forecast Le Dinh An said 2017’s economic growth had not created sustainable development factors for 2018 due to a lack of stable policies and businesses still facing many difficulties.

Former head of the CIEM Le Dang Doanh said the reform process of the State business sector and restructuring of public investment still had shortcomings.

To help tackle these challenges, experts proposed measures like improving the business environment, reducing “unofficial” costs for businesses and encouraging the business sector to invest in science and technology and make use of opportunities from the fourth industrial revolution.

An said the most important issue for Viet Nam this year was to stabilise the macro economy. To do that, Viet Nam needs to be more proactive in restructuring the State-owned business sector and speeding up equitisation process, he said.

Duong from the Department of Macro Economic Policy suggested continuing reforms of economic institutions and effectively integrating into the world economy.

Participants also recommended other solutions relating to monetary, price and salary policies; and speeding up the e-Government and application of information and technology in State management.