VN economy grows 6.81% in Q3
The country's gross domestic product (GDP) grew by 6.81 per cent in the third quarter and by 6.5 per cent in the first nine months of this year, reported Nguyen Anh Duong, deputy head of the macro-economic policy section of the Central Institute for Economic Management (CIEM) in Ha Noi yesterday.
Go Back 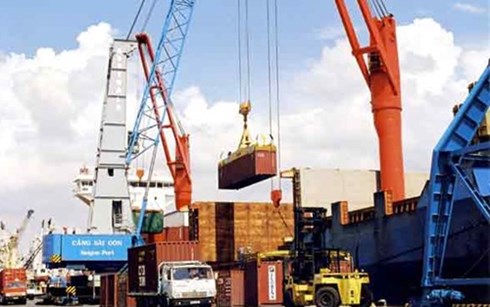 Consumption in the first third quarter rose by 9.1 per cent compared to the same period last year.

Industrial and construction sectors continued to be the main driving force for the country’s economic growth.

Added value of this sector was up 9.6 per cent in the first nine months, much higher than that of agro-forestry and aqua-culture products and services.

However, Duong also noted that despite the recovery, the statistics might not be stable without real reforms.

Although the index of industrial production (IIP) grew relatively rapidly compared to other areas, up 9.6 per cent in the first nine months, the deputy head questioned whether the increase would be able to last in the context of difficulties of the world economy, as well as in the face of declining world prices.

Duong was also concerned about a downward trend in agricultural and seafood sectors.

The research group was also concerned that a loosening of monetary policy and its interaction against fiscal policy would impact negatively on production and business activities in Viet Nam.

According to the group, the quality of business environment reforms, which aims at implementing important laws such as the revised Law on Enterprises and the Law on Investment, will also affect investment confidence and activities of enterprises in the next time.