VN expects $2.5b gain in fruit, veggie exports
The export value of domestic fruits and vegetables is expected to reach US$2.5 billion this year, surpassing the value of rice exports for the first time, the Ministry of Agriculture and Rural Development (MARD) announced.
Go Back 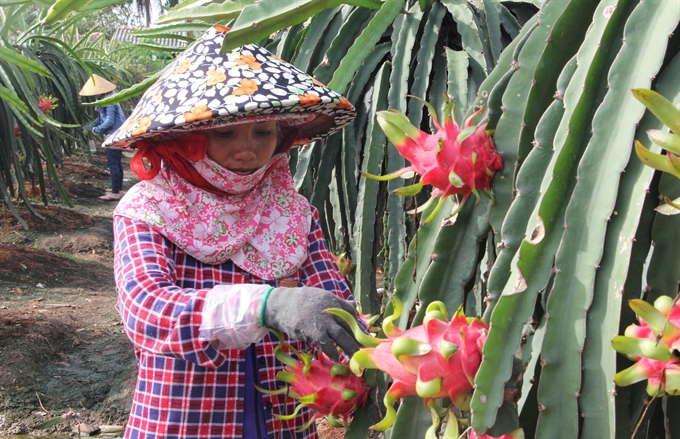 Việt Nam’s exporters have promoted vegetable and fruit exports to both traditional and new markets, including markets with strict rules, such as the US, European Union (EU), Japan, South Korea, Canada, Australia and New Zealand.

Việt Nam has emphasized rice exports for many years. But fruit exports are in demand on the world market, so the nation should promote fruit exports in the future, the deputy minister of agriculture and rural development Lê Quốc Doanh said.

Since 2000, farmers in the region have applied modern science and technology to produce fruit products, increase output, improve quality and establish regions specialising in fruit production.

Hoàng Trung, head of the department, said countries have different climates resulting in different plant structures. So a generalized plant quarantine protocol is not possible.

It also takes an average of 3-4 years, or up to 10 years, for each kind of fruit to be approved for an import licence to just one country, Trung said.

The quality and safety of fresh fruit remain challenges for vegetable and fruit exporting, especially in strict markets such as the US, Japan, Australia and New Zealand. Production of vegetable and fruit products for export must meet VietGAP and Global GAP standards.