VN eyes 4th technical revolution
The Vietnamese mechanical industry will have more opportunities to improve their competitiveness if they apply technologies to meet the standards of the so-called fourth industrial revolution, experts have said.
Go Back 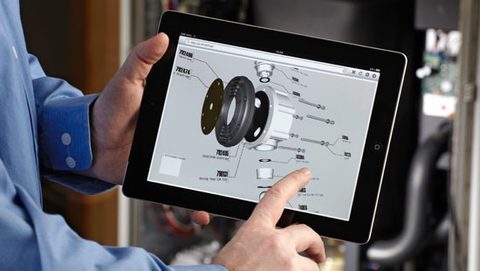 Sales from mechanical products earned during the last 10 years had jumped annually by over 20 per cent.

He added that many mechanical products like auto spare parts and electrical devices and machines had been exported to other countries which have their own brands sold in both domestic and foreign markets.

Mechanical products produced with high-technology equipment for cement plants and oil drills had been manufactured, he said.

Domestic companies recently poured billions of Vietnamese dong to upgrade their technologies, which is expected to strengthen their capacity as well as improve competitiveness in foreign markets.

He said that the production was still weak due to shortage of technology, information and infrastructure.

Much of the rest of the developed world, meanwhile, is in the fourth industrial revolution stage, which focuses on automation and data exchange in manufacturing technologies.

It also includes cyber-physical systems, the Internet of Things (IoT) and cloud computing.

He said that Vietnamese human resources were striving to step into the fourth industrial revolution, which should be starting now.

However, Thu said that it must start with small and simple steps.

“The most important aspect is human resource training, while manufacturers need to invest more in upgrading technologies,” he said.

For instance, the Truong Hai Auto Joint-Stock Company has invested in building the Chu Lai Mechanical Industrial Zone with many modern technologies.

After it is put into operation in 2018, the zone will connect with many other local companies to produce spare parts with the main aim of increasing the scale of modernisation.

Thu said the co-operation among domestic manufacturers was necessary to avoid overlap and waste.

VAMI said it would continue to support companies and provide better information about companies to its partners.

Le Khanh Truong, deputy director of the HwC Technical Training and Consultancy Centre, said that to achieve international standards as well as higher capacity, the industry should have good management as well as skilled human resources.