VN retailers must grow up: experts
Experts have noted that it is time Vietnamese retail firms "grew up" and adopt modern retail practices.
Go Back 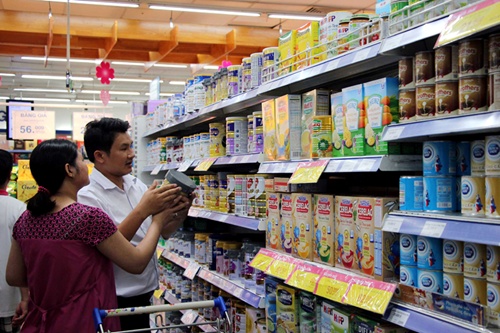 Among the recommendations is that Viet Nam’s retailers promote local production through distribution and compete with foreign rivals during the current merger and acquisition (M&A) boom.

The recent penetration of foreign retailers from Thailand, Japan and France, fuelled by the participation of Viet Nam in a series of new-generation free trade deals, hastened the race for capturing market share in the Vietnamese retail sector, which is recognized as having large untapped potential with strong purchasing power from a 90 million population.

However, local retailers seemed to have become underdogs in the race and some are crying for help.

HCM City Association of Businesses recently sent a document to the Prime Minister about risks caused by the domination of foreign retailers in local retail markets, while calling for support for a more favourable business environment.

The association said that modern retail in Viet Nam currently accounted for a mere 25 per cent of total retail sales and was falling, while facing increasingly harsh competition from foreign retailers such as BigC, with 32 supermarkets, Metro with 19 supermarkets, Lotte Mart with 11 supermarkets and Aeon with 3 supermarkets. Additionally, France’s fourth largest retailer, Super Auchan, is planning to expand its supermarket chain in HCM City.

Further, a series of mergers and acquisitions include Aeon buying stakes of Fivimart and Citimart, and Thai groups acquiring Bigc and Metro, will also result in more difficulties for local retailers to compete, the association said.

It added that the domination of foreign retailers negatively affected local production due to the influx of foreign products, such as from Thailand and Japan, which were more competitive in quality and prices, while the Government’s program, entitled, “Vietnamese prioritise Vietnamese goods” was proving to be less effective than hoped for.

According to Pham Ngoc Hung, the association’s deputy chairman, many domestic retailers said they face difficulties in selling their products to foreign-invested supermarkets.

Of note, since the full opening of Vietnamese retail markets to foreign retailers on January 1, 2015 following international integration commitments, there has been a shortage of policies to protect local retailers, the association said.

The association proposed the creation of regulations to prevent uncontrolled openings of new foreign retail outlets and the assurance that these outlets will be monitored to guarantee that they comply with existing regulations about distribution and competition.

No need for alarm

Meanwhile, Director of the Ministry of Industry and Trade’s Department of Domestic Market Vo Van Quyen was quoted by Tien Phong (Vanguard) newspaper as saying that the opening of stores by foreign retailers was not alarming.

For local retailers, this presents an opportunity to improve their competitiveness and prevent shut-downs or bankruptcies as a result of failures to compete. For consumers, foreign retailers bring high-quality products to Viet Nam and contribute to improving the quality of made-in-Viet Nam products through upgrading the quality of merchandise found on shelves, Quyen said.

Additionally, Dinh Thi My Loan, chairwoman of the Viet Nam Association of Retailers, urged Vietnamese retailers to modernise their operation models and cooperate with each other so they might begin operating by using modern retail techniques and trends, such as developing convenience stores and minimarts.

Loan added that the Government could provide support, but could not perform the jobs of retail firms. Retail firms must find their way and “grow up” to continue functioning during these difficult times, she said.

It is also important that local retailers join with producers to build supply chains for Vietnamese quality products, in a bid to gain the trust of consumers and build their brand names, Loan said.

Further, according to Vu Vinh Phu, chairman of the Ha Noi Supermarkets Association, local retailers must cooperate with each other and compete by improving the quality of products, prices and customer care services.