VN seafood gets EAEU-Việt Nam FTA boost
The free trade agreement (FTA) between the Eurasian Economic Union (EAEU) and Việt Nam will take effect on October 5, Minister for Trade of the Eurasian Economic Commission Board Veronika Nikishina said at the second Eastern Economic Forum held in Russia’s Vladivostok on September 2. She also noted that the two sides finished the ratification of the deal.
Go Back 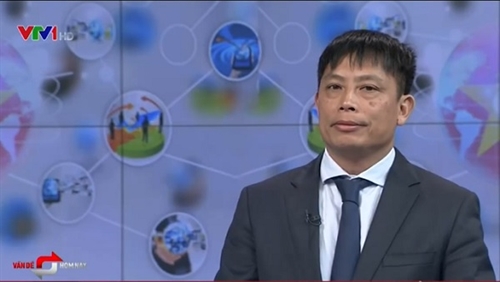 The EAEU consists of Russia, Belarus, Kazakhstan, Armenia and Kyrgyzstan. The union and Việt Nam signed the agreement in Kazakhstan on May 29, 2015.

Đặng Hoàng Hải, head of the Ministry of Industry and Trade’s European Market Department told chinhphu.vn about opportunities and challenges the deal would bring to Việt Nam.

Seafood and processed seafood are expected to benefit most from this FTA. Do you agree?

For seafood and processed seafood products, the EAEU will abolish and gradually reduce 95 per cent of total tax lines within 10 years of the FTA coming into effect, with 71 per cent abolished immediately after the agreement becomes effective.

The EAEU market has imported many kinds of Vietnamese seafood. Before the FTA, Vietnamese seafood products were subject to an import tax rate of 35 per cent when shipped to the EAEU and after the agreement comes into effect the rate will be cut to zero.

Vietnamese products that will enjoy the exemption or reduced tax rate under the FTA have high competitive ability and have been exported for many years.

The preferential tax rates under the FTA will allow Việt Nam’s enterprises to promote exports and expand their market shares in the EAEU.

What about importing Vietnamese rice to the EAEU market, as it is considered a sensitive goods?

Rice is considered as a sensitive commodity because the EAEU has a set quota of importing 10,000 tonnes of rice per year from Việt Nam. However, that is the initial quota. The EAEU and Việt Nam will review the quota after three years.

Việt Nam’s rice does not perform well in Russia as Russian consumers prefer a different kind of rice imported Thailand and India or domestic rice.

Also, EAEU countries have high demand for other farming products. So, over the next five years, EAEU countries do not plan to export farm products to Việt Nam, even though Việt Nam cut import taxes to zero for some of them.

Therefore, there is not much competition in the farming industries between the two sides.

The Việt Nam Textile and Apparel Association predicted that after the deak comes into effect, trade value of the textile and garment industry between the two sides is expected to increase by 50 per cent in the first year and on average 20 per cent a year for the next five years.

Do you think this is a realistic expectation given that the local textile and garment industry has reported many difficulties?

I think the local textile and garment industry has a great opportunity to do business with the EAEU. However, the expectation of growing by 50 per cent in export value is subjective. Local enterprises may reach the growth rate if they study the market carefully.

Consumption of textile and garment products will depend on the habits of local consumers. Just having tax and price advantages doesn’t mean an enterprise can control the market.

Russian steel products have the lowest production costs in the world, meaning Việt Nam’s steel producers struggle to compete with them. What do you think about this issue?

Tax reductions or exemptions are mainly for steel products for construction, where Việt Nam’s products can compete with Russian products.

Việt Nam has had reasonable plans to reduce and exempt import tax for construction steel products while Việt Nam must still import other kinds of steel. If Việt Nam imports those products from Russia, the local market will have less poor-quality steel products.